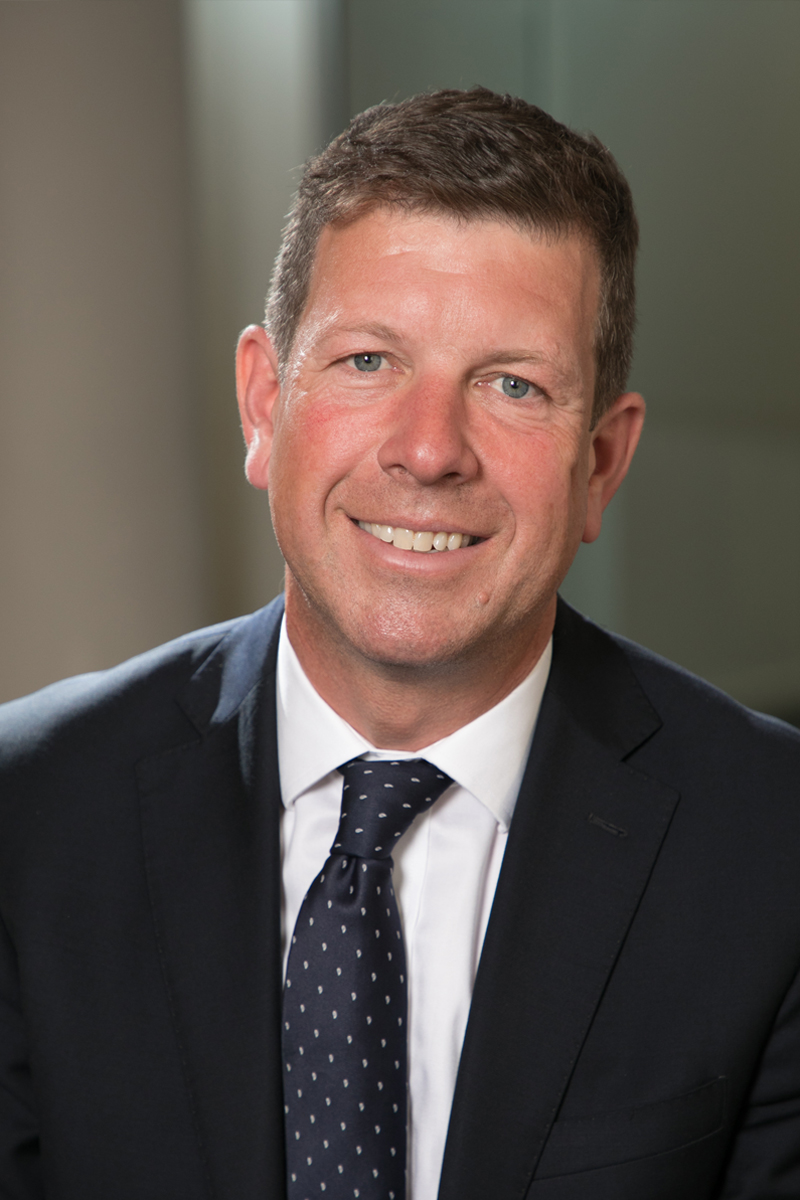 Michael is Head of the Personal Injury Team at 9 St John Street and specialises in high value and catastrophic personal injury litigation.  He advises and appears on behalf of Claimants and Defendants with respect to domestic and cross border claims.  Dealing exclusively with multi-track claims he has represented both Claimants and Defendants on claims of the utmost severity worth many millions of pounds.

Michael has experience of the full spectrum of catastrophic injury claims, including spinal injury, brain injury, amputation and chronic pain. He is thoroughly conversant with the arguments over Cauda Equina and has experience, as a junior, of total cord injury and the suitability of complex care regimes.  He has a wealth of experience dealing with traumatic brain injuries including severe brain injuries involving significant care regimes, moderate brain injuries where capacity is often in issue and subtle brain injuries where the presence of organic cognitive deficits can be difficult to determine. He is able to advise his clients on the latest developments in prosthetics and the experts required to deal with those claims. Michael is familiar with the complex causation arguments that are often central to cases involving chronic pain. He has a wealth of experience of joint settlement meetings and mediations and enjoys working as a part of team.

Michael has a developed a complementary niche advising and acting for insurers in relation to technical insurance points including ex turpi causa and contempt of court.

Michael is an accredited Advocacy Trainer and was invited by the Inns of Court College of Advocacy to travel to South Africa in 2016 and 2017 and to Sierra Leone in 2018 to deliver advocacy training to the local bar in order to support the rule of law.

When not working or travelling Michael is a keen runner and triathlete.  He has completed 3 Ironmans, an Ultra-marathon and several marathons including the London Marathon and the Paris Marathon.

In April 2019 Michael ran the London Marathon and raised over £2,000 for the Middle Temple Scholarship Fund to ensure that those of real ability are not precluded from coming to the Bar by a lack of resources.

Michael has been instrumental in organising, delivering and co-chairing a series of amputation seminars which have raised over £4,000 in support of the Limbless Association.

S v D (Ongoing) – Michael is instructed on behalf of the Claimant who suffered a total spinal cord injury and is rendered tetraplegic.  Liability is in dispute. Michael is being led by Nicholas Braslavsky QC.

W v H (Ongoing) - Michael is instructed on behalf of the Claimant who was involved in a road traffic accident and suffered catastrophic brain injury resulting in a prolonged disorder of consciousness from which it is not expected she will recover.  Michael is being led by Chris Melton QC.

D v C (Ongoing) – Michael is instructed on behalf of the Claimant who, as a child, sustained a serious traumatic brain injury when she was struck down by a vehicle whilst trying to cross the road.  Liability is in dispute.  Michael is being led by Chris Melton QC and the Defendant is represented by Leading Counsel.

D v S (Ongoing) – Instructed on behalf of the Claimant who suffered a serious injury to his ankle and has recently undergone elective trans-tibial amputation. Michael is closely involved in all aspects of quantum including the claim for prosthesis.

G v J & MIB (Ongoing) – Instructed on behalf of the Defendant in a trans-femoral amputation claim. The Claimant values the claim at £3m - £4m.

M v V (Ongoing) – Instructed on behalf of the Claimant in proceedings in the High Court.  There are complex liability issues leading to the deployment of forensic scientists.  The claim is valued in excess of £2m and Michael is being led by Chris Melton QC.

Langlois v Agnew (2019) – The Claimant suffered a severe traumatic brain injury when she was knocked down by a car.  The Claimant was represented by Leading Counsel.  Michael represented the Defendant at a JSM where the claim was settled.

C v W (2019) – Instructed on behalf of the Claimant who suffered a serious traumatic brain injury when, as a child, he was knocked down by a car.    Michael was led by Chris Melton QC and played an active role in drafting the Schedule of Loss in excess of £6m and settling the claim against leading counsel.

ML v CD (2018) – The Claimant sustained a severe traumatic brain injury and the claim settled for in excess of £2.8m. Michael was instructed by the Defendant and was led by Chris Kennedy QC.

Aviva Insurance Ltd v Ahmed (Lawtel 23/11/2017 Document No. AC5000854) – Instructed on behalf of Aviva who brought proceedings in the High Court against Mr Ahmed for contempt of court.  Mr Justice Spencer accepted Michael’s submissions that Mr Ahmed had signed documents with a statement of truth which were false and sentenced Mr Ahmed to 9 months immediate custody.

Santos v Blanche & Others (2017) – The Claimant is the widow of a Brazilian national, working for the Brazilian Embassy, who died in a road traffic collision with the Defendant.  Michael represented the Defendant who denied liability for the accident.  There were complex issues as to whether the deceased was driving his vehicle or whether a Brazilian Naval Officer was driving and the quantum of the claim was in dispute. Michael successfully represented the Defendant at an appeal against the judge’s refusal to set aside a judgment in default. The case settled followed a Joint Settlement Meeting. The Claimant was represented by Leading Counsel at both the appeal and the JSM.

Hirst v ANR Locums (2017) – Instructed on behalf of the Claimant who was savaged by an American Pitt Bull type dog and suffered an amputation to his dominant arm.  The claim settled at a JSM against leading counsel.

A v A & Others (2016) – Instructed to represent a private hospital that was one of four defendants to a claim for clinical negligence. Michael represented his client at all interlocutory stages including a mediation and advised on strategy.  The claim against his client was discontinued shortly before trial when the claim was settled by the NHS & MDU for £8.8m. The Claimant was represented by Junior and Leading Counsel.  Two Co-Defendants were also represented by Leading Counsel.

Clowes & Nuzzolese v Embrace Group (2016) – Instructed to represent the Defendant at a trial for damages for psychiatric injury in the case of two secondary victims.  After lengthy legal argument the judge accepted Michael’s submissions that the Claimant’s did not satisfy the necessary test to succeed in their claims as secondary victims and the claims were dismissed.

Goodkin v Loretto College (2015) – Michael represented the Defendant’s interest on an effective 10 day trial on liability and quantum in relation to a claim for personal injury arising out of alleged bullying and stress and work. The Claimant’s claim was dismissed.

Whitehouse v CSM (2015) – Acted for the Claimant at a 3 day trial of causation and quantum against leading counsel.  The case involved a Claimant who sustained an injury to his wrist resulting in his wrist being immobilised in plaster.  Whilst his wrist was in plaster he was engaged in a violent assault using the plaster to strike a man a number of times to the head.

Jones v Colley (2014) – Instructed on behalf of the Claimant who developed complex regional pain syndrome following a minor injury to his leg.  The claim settled at a JSM for £1.35m.

C (a minor) v Middlesbrough Council (2014) – Michael was instructed in relation to claim for alleged brain and sensory-neural injuries sustained 10 years ago when the Claimant, a child aged 1, was tipped out of a high chair and fell onto his head.  There was complex and competing medical evidence. The claim settled at JSM.

H v Hussain (2014) – Michael represented the Claimant on a claim for traumatic brain injury arising out of a road traffic accident.  The Claimant had a profound pre-accident hearing loss and behavioural problems which caused significant difficulties in the administering of neuro-psychological testing and hence the assessment of his brain damage.  The case settled at a JSM against leading counsel.

Armstrong v Haslam Homes (LTL 14/2/2012) – Instructed by the Defendant on a 3 day liability only trial in the High Court against leading counsel. The claim by an infant in respect of a catastrophic brain injury was dismissed. The duty of care owed by the local authority with respect to the dangers on adjoining land was considered.

Pykett v Clement, NIG & Aviva [2011] EWHC 2925 – Instructed on behalf of Aviva in a 2 day liability only trial in the High Court. Claims by a claimant who was rendered paraplegic (agreed value circa £3m) and a claimant who had suffered a traumatic brain injury were dismissed and guidance was given by the High Court as to the duty of care owed by one driver to another overtaking driver.

Michael is a practising barrister, who is regulated by the Bar Standards Board. Details of information held by the BSB about Michael can be found here.

Michael's clerks will happily provide no obligation quotations for all legal services that he provides. Their contact details can be found here. It is most common for Michael to undertake Court work for a brief fee plus additional refresher days. For advisory work including paperwork and conferences it is most commonly charged at an hourly rate although fixed fees are available. Conditional Fee Agreements and Damages Based Agreements will be considered in cases with favourable prospects of success. Michael will typically return paperwork within 14-21 days, however professional commitments, complexity and volume of documentation can affect these approximate timescales.

Personal Injury (Northern Bar) Band 2
"He's great with clients, approachable, personable and very commercially aware."
"A formidable barrister, he is calm, robust and instils confidence in both his instructing solicitors and his clients."

Personal Injury: Leading Junior Band 1
"Excellent with clients and has a great grasp of the detail."

Personal Injury – Northern (Bar): Leading Barrister (Band 2)
"He understands how to communicate difficulties and risks to clients without alienating them from the legal process, and is confident, eloquent and persuasive in his advocacy. In the same way as he is with clients, he has a relaxed confidence on his feet in court and is unruffled by difficult questions from judges or opponents."
"He is thorough in his work and very experienced. A senior junior who is a very safe pair of hands."

"A skilled, thorough and analytical advocate."

"He represents both claimants and defendants in significant claims arising from brain, spinal and multiple orthopaedic injuries. Sources value his tenacity and ability to get to the heart of cases. 'He is excellent at trial.' 'He has a real command of the issues.'"

"He is very good on his feet, good on paperwork and good with clients."

"He's thorough - you have to be on those cases. He has a good understanding of the medical issues." "He has a top-notch high-value personal injury practice and he's extremely busy."

“is ‘calm, organised, and measured’.”

"is recommended for occupational disease work"

“Recommended for occupational disease and accidents.”

“Is recommended for workplace PI matters”

“Michael Lemmy is a wellsupported mid-range junior with considerable experience of PI work.”

“Mike Lemmy is an excellent advocate and a popular junior with a good practice.”