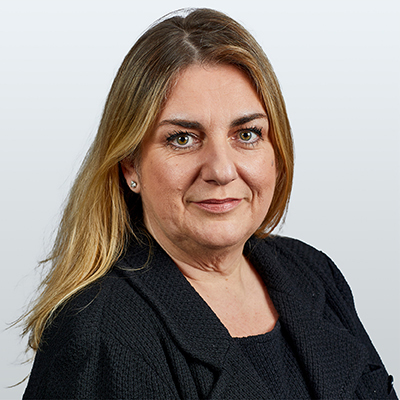 During her time in London, Miss Gatto dealt with matters of extreme complexity and delicacy, ranging from child sex abuse cases to murder. She has led other junior counsel in a 10 week trial which, of itself, was instrumental in bringing about the inclusion of sections of the Criminal Justice and Public Order Act following the acquittal of the defendants.

Recent cases have included conspiracy to supply heroin, where issues included participating informants, Human Rights Act issues/fairness of Public Interest Immunity hearings; a gold bullion certifi cate fraud involving certifi cates purporting to cover some 2,500 metric tonnes of gold bullion, where the defendant was a Nigerian doctor and the defence evidence was given by way of a video link from America; representation of a female charged with large scale drug conspiracy who was HIV positive and dying - attracted much media attention, as she was chained to a hospital bed due to bail being refused; represented parents charged with murder/manslaughter - where the parents refused conventional medicine for a diabetic child and treated with homeopathic medicine and the trial of a defendant charged in connection with alleged satanic ritual abuse in Epping Forest.

Miss Gatto was Junior Counsel for the Defence in the trial of the Soho Bomber at the Old Bailey.

Nicola Gatto is a practising barrister, regulated by the Bar Standards Board. Details of information held by the BSB about Nicola can be found here.

Ms Gatto's clerks will happily provide no obligation quotations for all legal services that she provides. Their contact details can be found here. It is most common for Nicola Gatto to undertake Court services for a brief fee plus refresher days.  For advisory work, paperwork and conferences, it is most commonly charged at an hourly rate, although fixed fees are available. Nicola Gatto accepts instructions on legal aid rates where those are available, details of which can be found here. Nicola Gatto will typically return paperwork within 14 days, however professional commitments, complexity and volume of documentation can affect these approximate timescales.

"Recommended for a wide range of criminal matters."

"She has recent experience in drugs conspiracy cases."

"Primarily undertakes defence work, with expertise in multi-handed gang violence and people trafficking, among other areas."