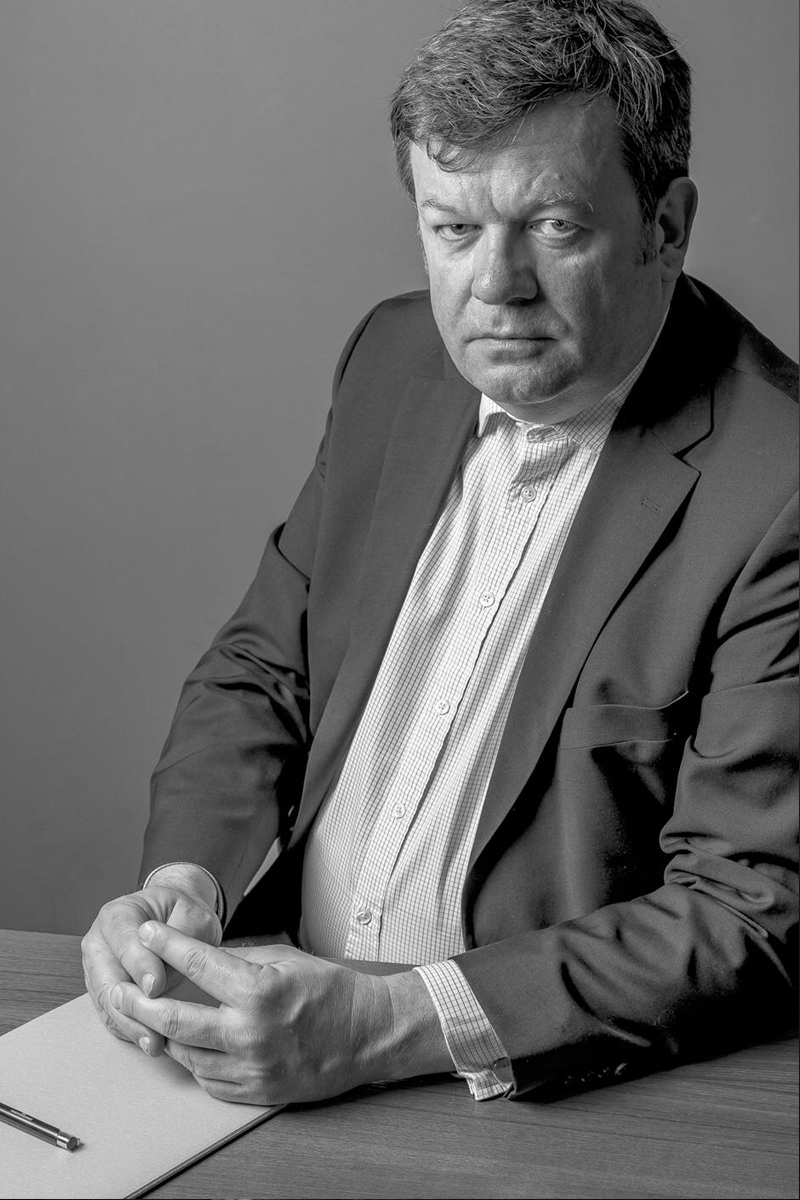 Paul Gilroy QC's reputation is principally based on his employment practice. He has for some years been recognised by Chambers & Partners, The Legal 500, and Legal Experts as a leader in this field.

Employment Northern (Bar): Leading Barrister (Band 1)
"An excellent advocate who is great on his feet."
"Commercial and approachable."
"Clever and decisive."
(Chambers and Partners UK Bar 2019)

"He is very hands on, approachable, knows the sector very well, and he is combative when you require him to be."
(Chambers and Partners 2018 (Sport – The Regions))

"He is a leading light in football cases."
(Chambers and Partners 2018)

"Paul has a very robust and persuasive style." "He has a well-deserved reputation here in the North West."
(Chambers and Partners 2017)

"A noted employment specialist who is frequently instructed in employment disputes in the sports sector. He is a favourite for high-profile footballers and managers who are facing difficulties with their clubs. 'He is very tenacious and personable and is renowned for getting a fantastic deal for managers.' 'He is an outstanding trial lawyer."
(Chambers and Partners 2016)

"Focuses on employment law and is frequently instructed on complex or high level work at the Employment Tribunal, Employment Appeal Tribunal and High Court, such as whistleblowing, discrimination, class actions and executive matters."
(Chambers and Partners 2016)

"He is an excellent advocate who has the gravitas to deal with complex tribunals."

"He is very thorough and focused."
(Chambers and Partners 2015)

Paul Gilroy has over three decades of experience of employment-related litigation at all levels.

He has a particular interest in sports-related litigation and regulatory matters in sport.

Most appearances as Counsel before the FA Premier League Managers Arbitration Tribunal (7).

He is a specialist member of the FA's Judicial Panel and the FA Judicial Appeal Board.

He has been instructed in high profile public inquiries (Ashworth Hospital and Harold Shipman), and has wide-ranging experience in the field of professional discipline, both acting in and conducting disciplinary hearings for Universities and sports bodies and in the NHS.

He contributes to professional publications, has annotated employment legislation for Current Law Statutes, has been engaged by Sweet & Maxwell to assist in editing the Encyclopaedia on Employment Law, and is a frequent speaker on employment law topics to professional and other audiences.

Re: Mr X (2016-2018)
Independent investigation on behalf of an NHS Trust into whistleblowing complaints made by a Consultant Orthopaedic Surgeon.

Re: Ms Z (2018)
Independent investigation on behalf of British Parasnowsport and UK Sport into complaints of bullying and harassment made by a para athlete.

Author of Chapter on Football Managers’ Contracts in 'Football and the Law'
(Bloomsbury - publication in May 2018: https://www.bloomsburyprofessional.com/uk/football-and-the-law-9781847668820/)

Paul Gilroy is also an experienced mediator and arbitrator in non-sports related matters.

Paul Gilroy QC is a practising barrister, who is regulated by the Bar Standards Board. Details of information held by the BSB about Paul Gilroy QC can be found here.

Paul Gilroy QC's clerks will happily provide no obligation quotations for all legal services that he provides. Their contact details can be found here. It is most common for Paul Gilroy QC to undertake any Court, Tribunal or Mediation services and advisory work for a brief fee and refresher day fees. For advising either in writing or in consultation his work is most commonly charged at an hourly rate. Conditional Fee Agreements and Damages Based Agreements will be considered in cases with favourable prospects of success. Paul Gilroy QC will typically return paperwork within 7 days, however professional commitments, complexity and volume of documentation can affect these approximate timescales.

Sports Law: Band 1
Prominent employment silk who regularly acts for football manager clients in matters concerning appointments and dismissals. He is also valued for his work in discrimination and breach of contract cases.
Strengths: "He is really technically able."

Employment:
"He is a barrister who you would always want in your corner and the leading light in my area of practice." "I can see why he is a leader at the Employment Bar: he is a great advocate with a reputation entirely merited." "He is a heavyweight employment lawyer - top draw."

Employment:
"Paul's strengths are most definitely the way he builds relationships with both solicitor and client. It felt very much as though we were a team. He was brilliant with my client, for whom this was extremely stressful and arduous. He has a relaxed advocacy style but can be pugilistic when the situation calls for it. I was very happy with his work and will instruct him again."

Sport – The Regions (Bar): Leading Silk Band 1
"He remains the leading expert in manager disputes and other employment-related issues within football."

Employment (Northern Bar): Leading Silk Band 1
"He has gravitas and he is tenacious on his feet." "He is absolutely first-class. He is our go-to barrister. He is accessible, sensible and a very strong advocate."

Employment – Northern (Bar): Leading Silk Band 1
"He is always very eloquent in his advocacy. He cuts through to the client's objective and gets to the crux of the issue. He is very personable and he does a very serious job while putting his clients at ease."

Sport – The Regions (Bar): Leading Silk Band 1
"Trusted by our board, not only because of the gravitas he has as counsel, but also because of his wider reputation in football arbitration. User-friendly and cost-effective, and gets good results."

"He is very hands on, approachable, knows the sector very well, and he is combative when you require him to be."

Chambers and Partners 2018 (Sport - The Regions)

"He is a leading light in football cases."

"He is brilliant on his feet. He has gravitas and can hold his ground when faced with challenging questions and interruptions from the Bench."

"Prominent employment silk with a wealth of experience, who acts for football manager clients in cases of appointment and dismissal. Also valued for his work on discrimination and breach of contract cases. 'If you've got a case you need to fight he's an excellent choice'"

"Paul has a very robust and persuasive style." "He has a well-deserved reputation here in the North West."

‘A nationally recognised employment advocate with expertise in football cases.’

"He is incredibly knowledgeable, very approachable and a supreme advocate."

“Paul Gilroy QC is a ‘topclass strategist’ and ‘the go-to barrister in the North West’ for employment work, who gains plaudits for his gravitas in court as well as his approachable manner out of it. He is especially commended for his ‘ability to explain the intricacies of the law in an easily digestible way.’ A major focus of his practice is sports related employment law, and he has represented both top level football managers and players.”

"has extensive experience in the field"

A lawyer who "has the gravitas and standing that comes from years of battling away in the employment trenches," he is "a peerless performer before the tribunal."

Paul Gilroy QC is, according to feedback, an excellent performer who is a cut above other silks... His "sharp, quick-witted style is entertaining to watch, even from the other side".

Solicitors and clients admire the "robust, user-friendly and extremely commercial" Paul Gilroy QC, who remains "top of the list" for many interviewees. They admire "his willingness to really roll up his sleeves" and his capacity for bridging the gap between solicitors and barristers.

"...the strongest silk on (the Northern) circuit for employment."

Class act Paul Gilroy QC wins high praise for his "speed, robustness and excellent grasp of detail." Appointed silk in 2006, he is deemed to have "enormous experience" and an "appropriate tenacity in court."

The "excellent and evergreen" Paul Gilroy QC thrives in the market and remains the principal player here due to his comprehensive employment and tribunal experience.

Paul Gilroy was applauded for his "depth of expertise across a wide range of traditional employment law issues." Apart from his obvious intellectual ability, the market commended his client-friendly, commercially astute approach.

Paul Gilroy "stands head and shoulders above the rest" say solicitors. Researchers heard that his ability to pick up a case and knock it into shape is "phenomenal." Interviewees commented: "He is great at taking something shapeless and giving it the 'Armani' touch." A combination of high intellect, a down-to-earth manner and impressive client skills make sources "sing his praises from the rooftops." The bulk of his work is on behalf of respondents, although he also undertakes instructions from applicants as well. TUPE, discrimination, including sexual orientation cases, class actions. Paul Gilroy is renowned for his disciplinary work, and acted on two class actions over the past year. Solicitors praised him as outstanding, with a brilliant commercial slant.