1. The introduction of the Police, Crime, Sentencing and Courts Act with effect from 28th June 2022 will see the following key changes to the charging and sentencing of driving offences:

i. Maximum sentence for causing death by dangerous driving increased to life imprisonment
ii. Creation of the new offence of causing serious injury by careless driving, carrying a maximum sentence of 2 years

2. The purpose of this update is to recap the law of dangerous driving and careless driving, to consider the definition of the words ‘serious injury’ and to comment on the potential changes to sentencing of driving offences.

B. Causing death by dangerous driving

4. The court is concerned with an objective test of what a competent and careful driver would hold to be dangerous. The defendant’s own belief about his standard of driving is irrelevant. Moreover, the court will not account for particular characteristics of a defendant. His skill and experience level is of no consideration when determining guilt (R v Bannister [2010] RTR 28).

5. What will amount to dangerous driving is a question of fact in each case. Nonetheless, the following cases have established the broad principles:

i. Breaches of the Highway Code will not automatically make the driving dangerous, but can be of evidential value (R v Taylor [2004] EWCA Crim 213).
ii. If a defendant was driving in a dangerous state, such as intoxicated by alcohol or drugs, this cannot be the sole basis of conviction and is not determinative of guilty. It is the nature of the driving that is determinative (R v McBride [1962] 2 QB 167).
iii. Driving cannot be dangerous based on speed alone. The court will consider the context surrounding the speeding (DPP v Milton [2006] EWHC 242). For instance, speeding on an empty motorway is less likely to be assessed as less dangerous than speeding in a 30mph residential area.
iv. Use of a mobile phone or other hand-held electronic equipment will amount to dangerous driving when the driver was dangerously distracted by that use (R v Browning (2001) EWCA Crim 1831; R v Payne [2007] EWCA Crim 157).

i. Racing/competitive driving
ii. Failing to have regard for vulnerable road users
iii. Aggressive driving such as driving too close to the vehicle in front
iv. Deliberate disregard of traffic lights
v. Disregarding warnings from fellow passengers
vi. Driving when knowingly deprived of adequate sleep or rest
vii. Carrying out a brief but obviously dangerous manoeuvre, for instance where a driver makes an error so substantial, such as failing to give way, that it caused the driving to be dangerous even if only for a short time

8. A defendant is guilty of careless driving under section 3 of the Road Traffic Act 1988 if he drives a mechanically propelled vehicle on a road or other public place without due care and attention, or without reasonable consideration for other persons using the road. The offence is committed when driving falls below the standard expected of a competent and careful driver (Section 3ZA(2) Road Traffic Act 1988).

9. In assessing carelessness, the court will consider the circumstances of which the driver could be expected to be aware, but also any circumstances shown to be in the driver’s knowledge. This test should not be applied with the benefit of hindsight. As with dangerous driving, the test is ultimately objective; the defendant’s own state of mind as to the standard of driving is irrelevant to the issue of whether he drove carelessly (R v Cooksley [2003] EWCA Crim 996).

10. Careless driving covers a wide range of offending behaviour. At its most serious, careless driving will cover deliberately bad or reckless driving which falls just short of dangerous driving. At the lower end of the spectrum, it covers momentary lapses in concentration or minor errors of judgment. Primarily, it is designed to address inattention or misjudgment to which the ordinary careful motorist is occasionally subject.

11. Perhaps the most substantive change to driving offences being enacted by the new legislation is the introduction of the new offence of causing serious injury by careless driving.

E. What is “serious injury”?

15. Section 1A(2) of the Road Traffic Act 1988 defines serious injury as 'physical harm which amounts to grievous bodily harm for the purposes of the Offences Against the Person Act 1861'. Grievous bodily harm has been characterised as ‘really serious harm’ and is ultimately a matter for the court to determine by applying contemporary social standards (DPP v Smith [1960] 3 WLR 546 and R v Golding [2014] EWCA Crim 889). This includes assessing injuries with reference to the particular complainant, including age, health and other relevant factors (R v Bollom [2003] EWCA Crim 2846). It has defied more specific definition.

16. Given that serious injury for the purposes of road traffic offences is akin to grievous bodily harm, injuries which would amount to actual bodily harm, such as minor fractures, muscle injuries and less serious wounds, are likely to be excluded as insufficiently severe to amount to ‘serious injury’. Generally, injuries including broken bones, permanent disfigurement, serious psychiatric injury (R v Burstow [1998] 1 Cr App R 177) and a multitude of minor injuries in combination are considered ‘serious’. It is necessary to assess the complainant’s individual characteristics. What amounts to serious injury for an elderly, disabled person will be different to the standard for an otherwise healthy young adult.

18. Given the reliance on the dangerous driving factors when sentencing, typically little attention has been given to the level of injury caused. Even the number of victims has comparatively little effect on sentence length, given that sentences should run concurrently rather than consecutively (as in R v Noble [2002] EWCA Crim 1713, where the defendant killed 6 people by dangerous driving, but multiple deaths did not equate to consecutive sentences and he was imprisoned for 10 years).

19. In the recent Court of Appeal decision in R v Allen 1405 EWCA 2021, the defendant faced two counts of causing serious injury by dangerous driving and pleaded guilty mid-trial. There were two casualties involved in the collision. The first was the driver of the other vehicle who sustained catastrophic injuries, including bilateral leg amputations and transection of the spine paralysing him from the chest down. The other was the defendant’s son, a passenger in his vehicle, who was less seriously injured. The defendant himself was also injured. At first instance the defendant was sentenced to 40 months for each victim to run concurrently, reduced to 38 months to reflect 5% credit for his late guilty plea.

20. Lady Justice Carr heard the appeal on sentence length. Her judgment (and that at first instance) focused on the standard of driving rather than severity of harm. The guidelines for causing death by dangerous driving were used to assess culpability, with the sentence length then compressed to reflect that serious injury rather than death had been caused. Carr LJ did state that sentence length should account for injuries being at the very upper end of harm for serious injury offences [paragraph 24]. Notwithstanding those comments, she found that 6 40 months was a manifestly excessive sentence and reduced the term to 30 months, adjusted down to 29 months with credit for the guilty plea.

21. Fundamentally, these are treated as driving offences and sentenced primarily to reflect the manner of driving. With the introduction of the new offence of causing serious injury by careless driving, there is scope for nature and extent of injury to become a more prevalent factor in the sentencing exercise. As outlined above, serious injury can range considerably from a broken bone to the level of catastrophic injury seen in R v Allen. Introduction of specific guidelines for these serious injury offences could see the courts consider harm more forensically, in relation to severity of injury and indeed number of victims. 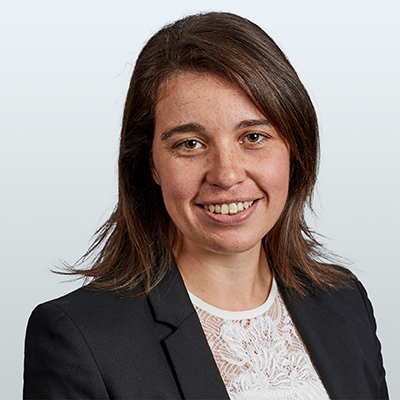