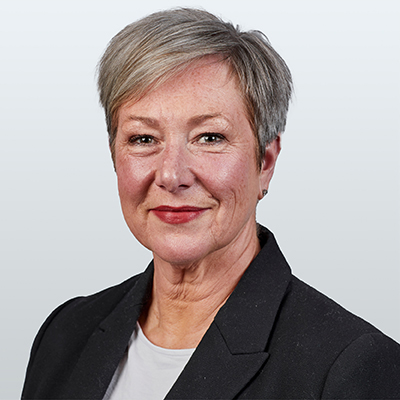 Alison Heyworth spent 8 years as a lecturer in Paris before returning to her native Manchester to pursue a career at the Bar.

Since completing pupillage with Nicholas Clarke (now KC) in 2002, Miss Heyworth has been regularly instructed by both the prosecution and defence in cases of murder, serious violence including domestic violence, fraud, child cruelty, firearms offences and sexual offences.

She is often instructed to represent vulnerable adults who suffer from learning or emotional and psychological difficulties and to prosecute cases with vulnerable complainants. This has led in recent years to her being instructed in cases involving serious domestic violence under the Serious Crime Act 2015, where coercive and controlling behaviour is alleged.

Miss Heyworth is also instructed on a regular basis by the Greater Manchester Police and the National Crime Agency to advise on and represent their interests in applications and appeals in the Crown Court relating to Sexual Risk Orders, Proceeds of Crime Applications, firearms licence revocations, environmental offence and licensing matters.

Her work prosecuting fraud cases has led to her being instructed by Trafford Metropolitan Council to assist them in combatting benefit fraud.

Alongside her work at the Bar, Miss Heyworth has continued with her interests in education: she taught advocacy masterclasses at Manchester Metropolitan University for a number of years and for 2 years ran the Citizenship Foundation Bar Mock Trials Competition, the final of which is held yearly at Minshull Street Crown Court. In addition to this she provides legal advice for scriptwriters in the field of television drama.

Outside work, Miss Heyworth continues to indulge her love of film, travel and walking whenever possible.

R v McNicoll: prosecuting the importation of cannabis and the resultant, contested application for confiscation

R v Hankin and others: led junior prosecuting 10 defendants in a brothel-keeping case where there was an extensive abuse of process argument about the police's conduct over a period of many years.

R v Wood and others: led junior prosecuting an attempted murder with numerous co-defendants indicted with conspiracy to rob and pervert the course of justice.

R v Jason Seale: led junior in a 10-handed conspiracy to import and supply Class A and B drugs.

R v McDonald: defending a woman with mental health diffculties who had sexually abused a young boy residing in the care home she managed.

Miss Heyworth's clerks will happily provide no obligation quotations for all legal services that she provides. Their contact details can be found here. It is most common for Miss Heyworth to undertake Court work for a brief fee plus daily refresher fee. Miss Heyworth accepts instructions on legal aid rates where those are available, details of which can be found here. For advisory work, paperwork and conferences, Miss Heyworth most commonly charges an hourly rate, although fixed rates may be available. Miss Heyworth will usually return paperwork within 14 days, although timescales can be affected by professional commitments, complexity and volume of documentation.