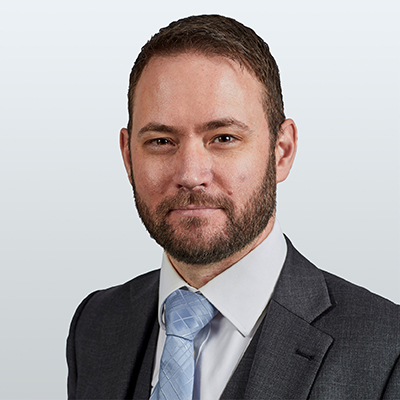 Ben’s specialises in all aspects of personal injury law with a particularly emphasis on serious injury.   He has built a varied and successful multi track practice and is regularly instructed in medium to high value claims worth in excess of £500,000 often involving complex and nuanced issues.

Ben has significant experience as a trial lawyer and is robust and determined in Court.  He is also requested for his skills as an adept negotiator and is utilised for Joint Settlement Meetings (’JSMs’) particularly those requiring meticulous attention to detail.

His relaxed and reassuring manner allow Ben to quickly establish a good rapport with his clients who are reassured as to his ability to represent them from the outset.

b. Psychiatric Injury claims including PTSD and Somatoform conditions.

c. Insurance fraud including, Employer’s Liability, Public Liability and Road Traffic, with an emphasis on acting for Defendants in this type of work.

He is mindful of the sensitive and emotive nature of proceedings and the compassionate and often collaborative approach that is required.

Ben has a particular interest in disputes regarding the social welfare of incapacitated adults and children and medical treatment issues and urgent applications for life saving medical treatment.

Ben is currently involved in a number of high value and complex cases involving psychiatric injury.  Two of note include a claim for damages by a young lady for the onset of CFS/Fibromyalgia following a fracture to an upper limb sustained during a trampolining exercise.  This claim involves significant causational issues including the consideration of the link between trauma and CFS/Fibromyalgia.  The second case of note involves a claim for psychological injury following a Claimant having witnessed the death of her young son following a road traffic incident.  In both of these matters Ben is instructed by the Defendant.

Ben has considerable expertise in defending civil fraud claims, having been at the forefront of this area for over a decade.  He is a formidable advocate, whose forensic analysis of a case ensures that his client’s are placed in the best position to defend these difficult claims.

His expertise particularly encompasses the spheres of Employer’s Liability and Public Liability fraud.

He works with many of the major defence solicitors’ firms and has become well known for adopting a determined approach to claims where fraud is either alleged or suspected. Ben is often involved at the early stages of these cases to proof witnesses, draft robust defences and advise on the extent of an insurer’s exposure and prospects of successfully defending. He adopts a symbiotic relationship with his solicitors to ensure that ideas and tactics are shared to ensure that the case is considered as a whole and the right steps are taken to achieve the most advantageous result. He welcomes his instructing solicitors speaking to him about any case he may be working on for them but importantly on other cases where an issue arises that needs a 'second set of eyes'.

He appreciates the technical aspects of these cases and the pressures experienced by both his instructing solicitors and insurer clients, especially in the current economic climate and with the significant changes occurring in relation to funding and other procedural rule amendments. He understands the importance of instructing counsel who understands this area of law inside out.

Ben has the advantage of bringing over a decade of experience of litigating insurance fraud cases to this burgeoning area.  He is keenly aware of the importance and impact that fraudulent gastroenteritis claims in particular are having on the industry and is experienced in advising on and litigating these claims.

Ben has acquired a significant understanding in this jurisdiction and is keen to develop his skills and knowledge further. Ben acts on behalf of vulnerable individuals, their families and those who care for them including Local Authorities, private individuals, medical professionals and NHS trusts.  As part of his core practice in personal injury, Ben is particularly suited to assist in cases in which the Court of Protection is, or may become, involved in the management of financial settlements for those individuals who are unable to deal with such matters themselves.

This case has received significant attention within legal publications.  Ben was instructed by Messrs. Browne Jacobson Solicitors acting on behalf of NFU Mutual.  Following a multi day hearing before HHJ Peter Hughes KC Messrs. Barber & Co Solicitors who purported to act on behalf of a Claimant for injuries arising out of a road traffic accident were ordered to pay indemnity costs to NFU Mutual as a consequence of acting without instructions.  In delivering his judgment HHJ Peter Hughes KC described the conduct of Messrs. Barber & Co during the course of the investigation into the matter as both "evasive" and "reprehensible".  HHJ Peter Hughes KC said in his judgment "It appears that a number of criminal offences may have been committed through the firm of Barber.  These include fraud in making a false claim for compensation, forgery of a medical report and engaging in acts tending to pervert the course of justice.  These are serious allegations, if substantiated."

Ben was instructed to defend four claims arising from two 'linked' road traffic accidents.  The claims were listed to be heard consecutively.  Following the four-day trial the Claimants’ claims for personal injury all failed.

Ben was instructed in Britain’s then largest motor insurance civil fraud case acting on behalf of 7 insurers suing some 60 Defendants in the torts of deceit and conspiracy, recovering almost £400,000 in damages including £92,000 exemplary damages. (Led by Brian McCluggage)

Following an interlocutory hearing in which Ben successfully struck out a significant aspect of the Claimant's special damages claim. Ben was instructed on behalf of the Defendant insurer to resist the Claimant’s appeal of that decision. The Claimant's appeal was dismissed.

Ben was instructed by a large Defendant firm in the North West and the four-day trial centred on an alleged induced accident in Manchester. At the conclusion of the case the Claimants were found to have acted fraudulently and were ordered to pay the Defendants’ costs of the action.

Ben has an ability to cut through the voluminous documentation so often arising in fraud cases, to disregard the red-herrings and focus on the issues which the court will be the most interested in. He has a willingness to engage in frank dialogue with instructing solicitors, such that the ultimate client benefits from a considered tactical and practical approach. Ben shows his experience in the fraud arena by taking into account the latest judicial approaches without being afraid to apply less orthodox strategies to secure the best possible outcomes. He adopts a welcome ‘all-encompassing’ approach in conference with instructing solicitors and the lay/ insurer clients and is a ferocious and comprehensive drafter.

Ben delivers an excellent service. He is meticulous, pragmatic and approachable. Highly recommended.

He goes beyond what's expected. He has an excellent reputation for his work in the motor insurance fraud area and is persuasive, friendly and approachable. Highly recommended.

Ben provided excellent advice in an approachable manner demonstrating an understanding of the procedural, practical and strategical issues of the case. His confidence and skill as an advocate meant he was able to follow through with his advice to deliver an outstanding trial win.

I am delighted to have had the pleasure of working with Ben Morris extensively over the last 7 years.

Ben has worked with me on a varied and often difficult Employers Liability caseload. He is always extremely thorough in the advice he provides both in writing and in conference. Above all the service Ben provides is truly exemplary. He works with his solicitors as a team always providing an absolutely first class service.

Thank you Ben and I look forward to many more years of working together.

Ben Morris is a very approachable Barrister, diligent in reviewing evidence with a keen understanding of the issues and principles involved in each case. Ben is very methodical in his advocacy, whilst retaining the cutting edge needed to turn a case in his favour. Ben is well liked by his clients and is able to explain a case in 'plain English' thereby ensuring that each client has a good understanding of the strengths and weaknesses of their case.

A good all round advocate, who can be relied upon to maximise the potential of each case and has a keen understanding of the issues and pitfalls of EL/PL and RTA law.

It has been a pleasure to work with Ben on a number of high profile  and challenging fraud cases. The measure of his success is due to his calm, confident, unruffled, measured and meticulous approach to advocacy and his significant weight and persuasiveness in his negotiation skills and court room presence.

Ben is a practising barrister, who is regulated by the Bar Standards Board. Details of information held by the BSB about Ben can be found here.

Ben's clerks will happily provide no obligation quotations for all legal services that he provides. Their contact details can be found here. It is most common for Ben to undertake Court work for a fixed fee or a brief fee plus additional refresher days. For any advisory work including paperwork and conferences it is most commonly charged at an hourly rate although fixed fees are available. Conditional Fee Agreements and Damages Based Agreements will be considered in cases with favourable prospects of success. Ben will typically return paperwork within 14 days, however professional commitments, complexity and volume of documentation can affect these approximate timescales.