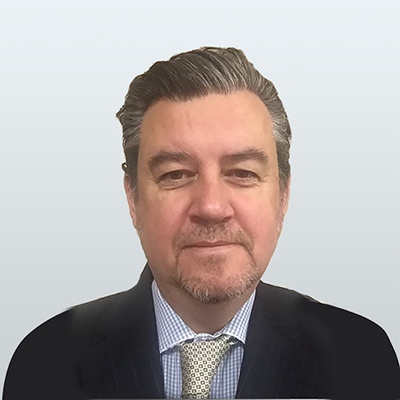 Dafydd Enoch KC is a highly experienced senior Silk who appears in the most serious cases. He both prosecutes and defends in all areas of criminal law. He specialises in gang related crime, crime involving complex medical issues and complex fraud. He also practices in a wide range of regulatory disciplines and in family law.

Past member of the Law Reform Committee of the Bar Council.

WHAT THE DIRECTORIES SAY

Dafydd Enoch KC has been ranked in the legal directories for over 10 years. Below are some representative quotations. He is currently a "Tier 1" Silk in the Legal 500.

"A very good practitioner. He is extremely approachable and loves to get involved with a case at an early stage in the proceedings" (Chambers & Partners 2017)

"Remains a popular choice. Suitably forceful in court when the moment is right" (Chambers & Partners 2012)

"Regularly makes a telling impact on the outcome of a case" (Chambers & Partners 2008).

Instructed for the Prosecution in the case of a man charged with offences relating to an orchestrated campaign against the police and the authorities and his possession of bomb making equipment, chemicals, surveillance equipment and weaponry.

Represented one of 6 defendants, described as a "paid mercenary" from Northern Ireland charged with conspiracy to cause explosions in the UK. The allegations concerned the facilitation of a pipe bombing campaign in the Midlands in the context of organised crime.

Represented one of 8 defendants alleged to be part of an organised crime group, charged with the murder/shooting of a man in Liverpool. Trial lasting over 2 months.

Representing one of 9 defendants allegedly involved in the planned shooting of a rival OCG member in the Midlands.

Instructed for the Prosecution in a case involving the planned execution of a rival OCG member in Leeds (a drugs turf war).

Instructed for the Prosecution in a case involving the murder/shooting of the brother of a Leeds Utd footballer arising out of rivalry/feuding between two organised crime groups in Leeds.

Instructed for the Crown in a case involving the stabbing by a woman of her partner.

Instructed for the Prosecution in a case involving the multiple stabbing by a woman of her childhood sexual abuser.

Represented the husband in a case where he and his wife shot her parents, buried their bodies in the back garden of their home. They were undiscovered for 10 years. The case was dramatized in the Sky series "Landscapers".

Instructed for the Prosecution in a domestic murder case where the body was never found.

Represented the principal defendant in a case concerning a group attack on a man outside a public house in which he was beaten and kicked to death.

Instructed for the Prosecution in a case involving the savage beating to death of a man in the home of one of the defendants followed by an attempt to pervert the course of justice.

Instructed for the Prosecution in the case of a group attack with a knife by 5 men on the deceased outside a nightclub n the Midlands.

Instructed for the Prosecution in the 5 handed murder involving the coercion by 2 adult defendants of 3 teenage boys.

Instructed for the Crown in a case involving the death of a very young baby as a result of being shaken. The case involved complex medical evidence of the type which regularly is presented in these types of cases.

Fitness to plead/finding of fact cases

Instructed for the Prosecution in a case of murder by the defendant of his wife where the defendant was suffering from long term paranoid schizophrenia. A jury was empanelled to decide the issue of whether he "did the act" as he was unfit to stand trial.

Instructed for the Prosecution in a case of the killing by the defendant of his mother. The jury found he had "done the act". In due course with treatment following the imposition of a Hospital order with restrictions, the defendant became fit for trial and a plea to manslaughter was accepted.

Instructed for the principal defendant in only the second prosecution brought under the forced marriage legislation, a case in which the complainant was "extracted" from Bangladesh by officers of the British High Commission.

Represented a police officer accused with her professional partner of very serious misconduct on duty.

Represented one of a large number of police officers who were prosecuted in a very high profile case for conspiring to pervert the course of justice arising out of the "Cardiff 3" case, the murder of Lynette White in the 1980s which resulted in the convictions of the original defendants being overturned.

Instructed to defend a serving police officer charged with date rape. Proceedings were held in camera.

Dafydd has undertaken many VHCC complex fraud cases, he is authorised to act as a VHCC supervisor and both defends and prosecutes. He has been involved in a number of business fraud cases, investment fraud, tax fraud, pension fraud, MTIC fraud and duty evasion. He also specialises in confiscation proceedings arising out of such cases. He has prosecuted on behalf of the Revenue and Customs as well as the NHS counter fraud service and is a past member of the SFO panel.

This was a contracted IFFO case (VHCC) in which Dafydd acted as contract supervisor for his team. The trial lasted 5 months. He represented one of five defendants facing allegations of investment fraud and money laundering. The case concerned the allegedly fraudulent promotion of exclusive trading platforms (PPPs) and resulted in investors losing over £10,000,000. The investors included high profile individuals including professional footballers.

Dafydd privately represented a Consultant Psychiatrist on charges of fraud. She was alleged to have forged the will of one of her wealthy elderly patients with a view to inheriting an estate worth more than £1,000,000.

Represented the principal defendant in a multi-million pound excise duty and tax fraud case which lasted for 2 months.

Represented the principal defendant, a highly experienced IFA in an allegation of pension fraud in which he was allegedly the chief architect in the creation of a pension scheme using SIPP funds to claim tax relief (RAS). The Prosecution case lasted 2 months at the conclusion of which, on the basis of technical arguments, the trial Judge ruled that there was no case to answer. The Prosecution appealed the terminating ruling and the appeal was heard by the then LCJ. The defence arguments at trial were upheld.

Instructed by the Revenue to prosecute two defendants charged with a sophisticated tax fraud involving the use of offshore companies and the evasion of corporation and income tax.

Instructed to represent a defendant charged with a £20,000,000 missing trader fraud.

Instructed to represent the council charged with failing to maintain a lift in a theatre resulting in very serious injury.

Represented a family member in a 14 day High court fact finding hearing arising out of a case brought by Durham County Council in respect of the care of 2 children of the family. The case involved highly complex, factual and medical issues, "criminal" allegations and a number of highly qualified experts and 6 senior Silks.

Dafydd had many years experience appearing on behalf of the GMC and GDC. Past cases include:

Allegations of serious failures in the running of a care home.

Allegations against a psychiatrist relating to a drug related death which occurred at a party held at his house.

Allegations arising out of a Sunday Times "sting" operation involving the provision of sick notes to undercover journalists.

Allegations of stalking a celebrity.