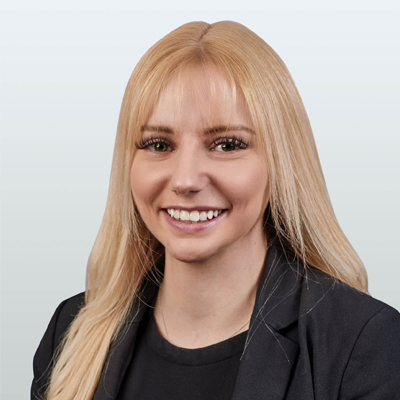 Emma is currently completing her first six months of a specialist criminal pupillage under the supervision of Phil Barnes. She is available to accept instructions from 9th May 2022.

During her first six, Emma has observed a diverse range of court work from the Magistrates up to the most serious crimes in the Crown Court. She has obtained experience in a number of trials involving rape and serious sexual offences, offences against the person, and serious organised crime.

She has had the opportunity to assist in the preparation of a number of serious cases, and to follow those cases through to trial.  Her work has included assisting in the defence of a police officer charged with perverting the course of justice (who was acquitted on a submission of no case to answer), and case preparation in a series of multi-defendant EncroChat prosecutions.  Along the way Emma has also gained experience in the review of complex unused material and intelligence handling.

During university studies, Emma won the UK's most prestigious mooting competition, where the final was held in the Royal Courts of Justice in front of Lord Saville who praised her calm, clear and persuasive submissions. From there she was invited to compete in the Inner Temple Magna Carta Moot, in front of Lord Hughes.

In 2019 she was selected to represent the United Kingdom in the Commonwealth Moot which was held in Zambia, competing against twelve other countries. She made it undefeated to the final which was held in front of the chief justice of Northern Ireland, the Chief Justice of Trinidad and Tobago and a New Zealand Supreme Court justice.

Emma has a particular interest in community outreach. She previously volunteered to assist those who cannot afford legal representation with welfare benefits appeals. She also volunteered for her university’s law clinic, helping to give legal advice in employment, family, and housing matters. She was one of a few students who worked to move the clinic online to support the most vulnerable during the Covid-19 pandemic.

During her studies Emma undertook a placement year where she worked for the in-house legal team at ViacomCBS. She gained experience in negotiating and drafting international consumer product licensing agreements, creative services agreements, and dealing with trademark disputes.

Outside of work Emma is a keen swimmer, competing at county, regional and national level. She has enjoyed combining this with a strong interest in running to compete in biathlon, where she has won both regional and British championship titles.

She is also a devoted, although often exasperated, Aston Villa fan.