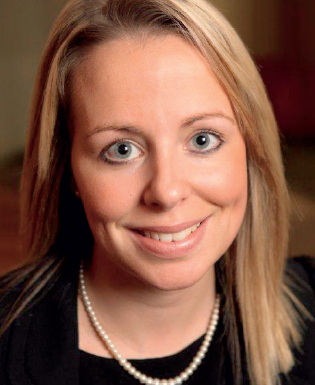 Emma Greenhalgh joined chambers in 2011 following successful completion of pupillage.  Prior to this, Emma qualified as a Solicitor during which time she gained a variety of experience in all aspects of Family Law with a leading High Street practice based in the Northwest.

Emma is a specialist in Children Act 1989 applications and undertakes all forms of hearings from the first appointment through to contested final hearings.

In public law proceedings Emma acts for: local authorities; parents; children grandparents and intervenors.  She has acted in complex cases concerning allegations of sexual, physical and emotional abuse. She has experience of several cases where children have given live oral evidence.  Emma recently appeared in the complex and lengthy case of Re AA & 25 others (2019) EWFC 64 which was listed for 15 weeks before Sir Mark Headly KT.

Emma has a particular interest in non-accidental injury cases and enjoys the forensic medical and evidential elements.  She also regularly acts for vulnerable clients (including via the Official Solicitor) and is known for her ability and understanding to work with clients who suffer from learning difficulties.

Emma regularly appears in the High Court and has experience in cases involving: the medical treatment of children; wardship; deprivation of liberty; the exercise of the inherent jurisdiction; female genital mutilation and forced marriage.

Emma acts for police authorities and local authorities in disclosure and public interest immunity applications in both the criminal and family jurisdictions.

She prides herself on thorough preparation and a down to earth approach. Emma has the ability to analyse the factual and legal issues concisely and adopts a professional and robust attitude.

Emma provides regular training to both Social Workers and legal professionals. She has also provided training to Greater Manchester Police.

Family and Children Law: Leading Barrister
"A thoughtful and empathetic advocate who always stands up for her clients."

Family/Matrimonial – Northern (Bar): Band 2
"Emma is very hard-working and gets on a level with clients very well." "She is very talented."

Family/Matrimonial – Northern (Bar): Leading Barrister (Band 2)
"She is a silk in the making. Her analysis is phenomenal."
"She always prepares very thoroughly."

"A tenacious advocate who is able to get to grips with extremely complex cases."

“Focus on children cases, with childcare issues being a particular specialism.” “She is thorough and passionate about her cases.” “Personable, intelligent and really thinks about her cases.”

"Up-and-coming advocate with a particular focus in public law Children Act matters. Represents children, parents and local authorities in a range of issues. 'She has a good practice and is well respected.' 'She is always really helpful and really thorough with advice to the client.'"

"She is exceptionally well prepared and insightful, with good client care skills and an ability to argue her points effectively." "She is a rising star in that set of chambers."