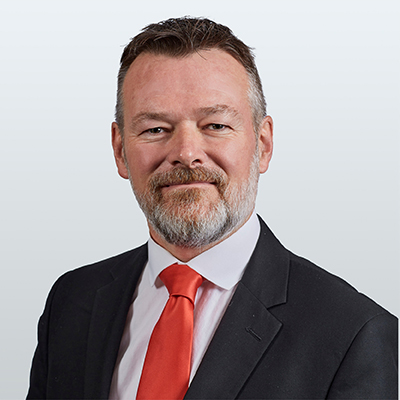 With over 20 years at the bar Geoff has developed a strong and busy criminal practice. He is regularly instructed in a wide range of serious criminal cases including murder, attempted murder, rape and other serious sexual offences, drugs conspiracies, allegations involving Organised Crime Groups and fraud. He is primarily instructed by the prosecution but also has a significant defence practice.

Geoff is a dedicated and tenacious advocate with a track record of thorough preparation and clear presentation in court. An all rounder he is good on cases that are both law and fact heavy. He has considerable experience of dealing sensitively with vulnerable witnesses building on his excellent 'bedside manner'. When prosecuting he keeps very good lines of communication open between the CPS and police throughout the lifetime of a case. Equally so when defending. He has prosecuted leading counsel in a number of cases both alone and with a junior.

Geoff is a practising barrister, regulated by the Bar Standards Board. Details of information held by the BSB about Geoff can be found here.

Geoff's clerks will provide no obligation quotations for all legal services that he offers. Geoff accepts instructions on legal aid rates where those are available, details of which can be found here.  For other work, Geoff usually charges a brief fee plus refresher fees for court hearings, with advisory, conference and other preparation work charged at an hourly rate. Geoff aims to return paperwork within 14 working days, however her professional commitments, complexity and volume of documentation can affect these approximate timescales.

Crime:
"Geoff is very approachable, which is very important when things need to be discussed or urgently considered. He is thorough and understanding and provides a clinical analysis of the work required on a case and how to build a successful prosecution or defence. He stays with a case and will follow through all hearings where he can. Consistency of approach is very important to me as a service user and I am confident that Geoff will always try to cover or rearrange hearings where he can."