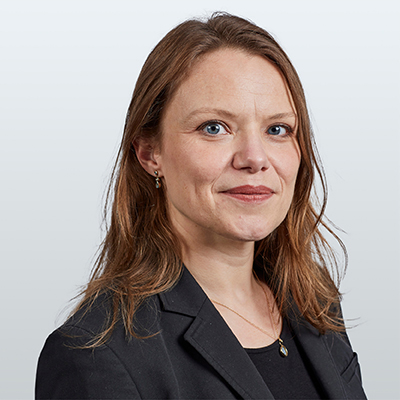 Helen Longworth joined Chambers in 2017 following a pupillage under the supervision of Vanessa Thomson.

She has quickly developed a practice in the Crown Court, including instructions to represent both the prosecution and defence in trials, as well as Newton hearings, plea and trial preparation hearings, appeals to the Crown Court, on fitness to plead matters, and in applications under the Proceeds of Crime Act 2002.

In her criminal practice, Miss Longworth is a category 2 prosecutor and is on the specialist panel for matters under the Proceeds of Crime Act, Fraud, and Serious Crime. Notably, she has been led in the prosecution of a multiple defendant fraud case, Operation Maxton, the last trial of which she conducted by herself. Miss Longworth has appeared for the defence in a wide array of cases, including hearings in matters such as rape and murder, as well as representing clients funding their own defence in the magistrates' court. She has defended in trials before juries, including allegations of fraud in breach of trust. Without hesitation, she can stand her ground against more senior barristers. Recently, her abuse of process argument in a drugs conspiracy case (Operation Fullbacks) led to the proceedings against her client being stayed after she pursued an effective legal argument against an experienced prosecuting team of both leader and junior. She has a particular interest in youth justice and has conducted a number of legal arguments for serious offences heard in the youth court.

Miss Longworth is a Specialist Regulatory Advocate. She has appeared in cases involving environmental protection, health and safety and food hygiene matters. Miss Longworth has excellent witness handling skills and legal analysis, which she uses in the civil and family jurisdictions, as well as the criminal courts. She is comfortable with a range of hearings, for example she has responded to an application to vary a Forced Marriage Order, and advised children’s services on the matters that cross the criminal and family courts. She spent some time in the Coroner's Court during pupillage, has an interest in the Court of Protection and is happy to take instructions in any area where the combination of people skills, legal analysis and witness handling would benefit a case.

Before coming to the Bar, Miss Longworth had a successful career in the charity sector. She ran national campaigns on issues such as welfare rights, prison reform and education. This has given her significant experience of working with people from a wide range of backgrounds, particularly young people. During her BPTC year, Miss Longworth was the Middle Temple student representative on circuit, arranging a qualifying session for Bar students with the Rt Hon Sir Christopher Rose QC.

Miss Longworth brings her previous experience in the charity sector and her commitment to her legal career into the work she does for those that she represents. She is committed to excellence in advocacy and is enthusiastic about helping people who have the capacity to become excellent advocates. Driven by this enthusiasm, she gives regular talks to students at Manchester Metropolitan University and others.

Helen Longworth is a practising barrister, regulated by the Bar Standards Board. Details of information held by the BSB about Helen can be found here.

Helen’s clerks will provide no obligation quotations for all legal services that she offers.  Helen accepts instructions on legal aid rates where those are available, details of which can be found here.  For other work, Helen usually charges a brief fee plus refresher fees for court hearings, with advisory, conference and other preparation work charged at an hourly rate. Helen aims to return paperwork within 10 working days, however her professional commitments, complexity and volume of documentation can affect these approximate timescales.