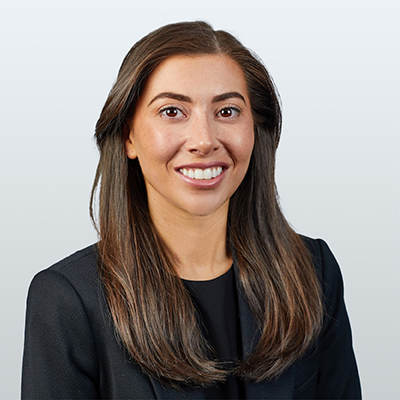 Isabelle Haddad is currently in the first six months of her criminal pupillage, under the supervision of Robert Smith. She is available to accept instructions from 3rd October 2022.

During her first six, Isabelle has observed and assisted in the preparation of cases in the Crown Court with counsel acting for both prosecution and defence. Through this, she has gained experience of cases involving violence, firearms, robbery, drugs and sexual offences. She has also observed cases in the magistrates' and county courts.

She has gained considerable experience in drafting case summaries, opening speeches, defence statements, questions for the examination of witnesses (including in section 28 cases) and trial documents such as formal admissions and sentencing notes.  Of note, Isabelle assisted in the drafting of an application to dismiss in a case against a young person with no previous convictions. This was successful and resulted in the prosecution offering no evidence against him.

Prior to coming to the Bar, Isabelle worked as a paralegal at a central London Legal 500 U.S. immigration law firm assisting with both commercial and criminal matters. Isabelle would advocate to the Department of State for waivers of eligibility on behalf of clients with criminal convictions across a spectrum of offences including drug offences, public disorder violations and high-level frauds. The commercial arm of her work involved the analysis of contracts and financial documentation, to ensure compliance with the legal requirements set out within the U.S. Foreign Affairs Manual.  Isabelle worked with some of the UK's largest companies supporting their expansion into the U.S. market. She was the sole paralegal assigned to the largest client account at the firm. Between 2020-2021, she prepared over 150 successful applications on behalf of this company despite stringent legal restrictions being in place due to the coronavirus pandemic. Isabelle was able to rapidly adapt to the uncertain landscape as emergency legalisation on immigration and travel was introduced by the U.S. government.

Isabelle was awarded a major scholarship from the Honourable Society of Lincoln's Inn, which will involve undertaking a work placement at the International Criminal Court in The Hague.

She was awarded her law degree from Queen Mary University London and completed the BPTC at BPP Holborn, with an MSc in Advanced Crime.

During her time at university, Isabelle was elected President of her University Bar Society. Through this, she organised events for students wishing to pursue a career at the Bar with a view to increasing access to the profession. She also volunteered with organisations including Street Law and the Refugee Council.

Outside work, Isabelle enjoys walking Poco the cockapoo and playing the piano.