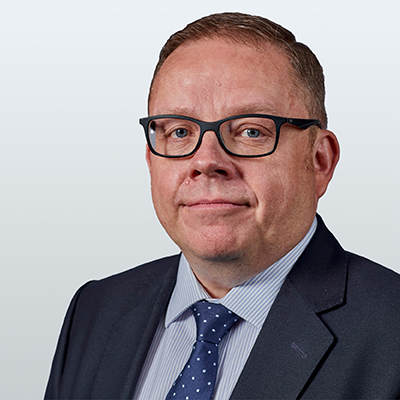 Joseph specialises in all aspects of personal injury litigation including injuries of the utmost severity, fatal accidents, pain cases, industrial disease, clinical negligence and cases involving allegations of fraud and exaggeration. He is instructed, in broadly equal terms, by both claimants and defendants. He has a reputation for hard work and forensic attention to detail.

He is regularly instructed in high value and complex cases and is experienced in settling schedules of loss and counter schedules in claims valued well into six figures and in excess of £1 million. Joseph is frequently instructed to attend joint settlement meetings.

Joseph has particular experience of brain and spinal cord injuries and loss of limb cases requiring adapted accommodation and the establishment of case management and care/support worker regimes and the making of related interim payment applications.

In recent years he has been increasingly instructed in pain disorder cases including fibromyalgia, CRPS, somatisation and chronic pain/central sensitisation. Joseph also has experience of claims against the MOD including non-freezing cold injuries.

Whilst multi-track work predominates Joseph accepts instructions at all levels and is regularly briefed to appear at trials and interim hearings.

Joseph is praised for his friendly and approachable style in conference, with an innate ability to put clients at ease and explain complex matters in terms that are easily understood, but is recognised as a thorough and tenacious trial advocate. He is often involved throughout the litigation process from pre-issue tactics and evidence through to trial.

Current instructions include a number of high value brain injury cases (both with and without leading counsel), cases of spinal injury and pain cases. Joseph is briefed to appear for a defendant in a high profile 10 day High Court trial concerning allegations of historic physical abuse of apprentices at a professional football club.

• Settled a case for £1.1 million at a JSM on behalf of a claimant who suffered a stroke in the immediate aftermath of a minor RTA but no direct physical injury. Complex medical and causation issues. Initially D denied that the stroke was causally related to the RTA and later alleged that C would have suffered a stroke within 12 months in any event.

• Successfully represented a claimant who suffered a rotator cuff tear in a slipping accident at a 5 day trial where exaggeration was alleged based on surveillance evidence. Case had failed to settle at a JSM. Oral evidence at trial from orthopaedic, psychological and OT experts. Damages assessed at c£190,000 with no adverse findings.

• Acted for claimant who suffered a complex wrist fracture leading to arthrodesis. Settled for £200,000

• Acted for claimant who suffered a fracture of the patella and mid-femur. Good recovery with C completing apprenticeship and securing employment in engineering. Central issue related to the potential impact on future employment prospects. Settled for £150,000.

• Acted for claimant who suffered a fractured wrist leading to arthrodesis and an injury to his lower back in an accident at work. It was C’s case that he developed a chronic pain disorder. In response to surveillance evidence D’s experts and C’s pain expert concluded that C was exaggerating. Successfully represented C in a late application to change pain expert. Settled at JSM for £525,000 net of contributory negligence, CRU and interims (gross value c£900,000).

• Acted for claimant who suffered a femoral fracture extending into the knee joint leading to replacement. C remained in full-time work with no ongoing loss of earnings. Substantial disagreement about the risk of later amputation in the event of failure of the knee replacement. Settled at JSM for £925,000.

• Acted for claimant who suffered whiplash injuries in a minor RTA. Late onset of fibromyalgia and even later deterioration of that condition. Substantial disagreement between medical experts as to any causal relationship to the RTA. Settled at JSM for £206,000.

• Acted for claimant who suffered fractures of the calcaneum, ankle and forearm in an accident at work. D alleged exaggeration and relied on surveillance evidence. Settled at JSM for £265,000.

• Acted for the claimant who suffered recurrent dislocation of the patella, a patellectomy and chronic pain following a highway tripping accident. C had bilateral easily dislocatable patellae and pre-accident problems. D alleged that C would have suffered a similar dislocation in any event. Settled after trial had commenced for £350,000 (with Michael Rawlinson QC).

Joseph is a practising barrister, who is regulated by the Bar Standards Board. Details of information held by the BSB about Joseph can be found here.

Joseph’s clerks will happily provide no obligation quotations for all legal services that he provides. Their contact details can be found here. It is most common for Joseph to undertake Court work for a brief fee plus additional refresher days. Paperwork and conferences are most commonly charged at an hourly rate. Conditional Fee Agreements and Damages Based Agreements will be considered in cases with favourable prospects of success. Joseph will typically return paperwork within 21 days, however professional commitments, complexity and volume of documentation can affect these approximate timescales