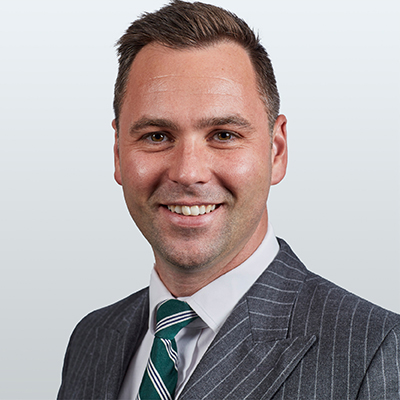 Matthew Curtis is a hardworking and determined advocate who is instructed in a range of serious criminal cases for both the Prosecution and Defence.  He prides himself on being able to connect with those involved in the criminal justice system, particularly vulnerable defendants and witnesses, and developing good working relationships at court and beyond.  He has acted as a leading and led junior.  He is passionate about advocacy.

Mr Curtis has particular expertise representing young and vulnerable defendants and questioning young and vulnerable witnesses.  He has a great deal of experience conducting pre-recorded cross-examinations (section 28, YJCEA 1999) and has received praise from Registered Intermediaries and judges for his preparation and advocacy in these cases.

Mr Curtis joined Chambers in November 2020, after practising for 14 years from Chambers in Chester, where he predominantly appeared at Crown Court centres in North Wales and Cheshire/Merseyside.  He has also represented Appellants and Respondents in the High Court and Court of Appeal.

Mr Curtis is a Category 4 Prosecutor on the Crown Prosecution Service Advocate Panel Scheme and prosecutes the most serious criminal cases.  He is also on the specialist rape and child sexual abuse list, instructed regularly by CPS Rape and Serious Sexual Offences units.

Matthew Curtis has organised and delivered professional training.  This has included giving a seminar to social workers as part of their training on joint investigations (section 47, CA 1989); to specialist police teams on the prosecution of sexual offences, with a focus on achieving best evidence and suspect interviews (CPS accredited); and also to barristers and solicitors on the prosecution of Youth Defendants.

Matthew has an interest in developing others to excellence in advocacy and is a pupil supervisor.

Matthew lives with his wife and three children in North Wales. He enjoys walking/running his 'Sprocker' Spaniel. His personal interests include keeping fit (combining yoga and boxing with friends), gardening and skiing. He spent a number of years as a school governor and Chair of Governors. He enjoys supporting his family with their various activities.

R v Omar Alam – Manchester Crown Court
Instructed by CPS North West, the defendant was convicted of kidnap and kidnap with intent to commit a sexual offence. Evidence of the facts of a 2005 previous conviction for rape was adduced at trial, following a successful bad character application. The defendant was sentenced to life imprisonment.
https://www.manchestereveningnews.co.uk/news/greater-manchester-news/every-womans-nightmare-convicted-rapist-21516828
https://www.bbc.com/news/uk-england-manchester-58498126
https://www.mirror.co.uk/news/uk-news/woman-bus-stop-saved-convicted-24945468

R v Ali Rauf – Manchester Minshull Street Crown Court
Prosecuted a Bury man accused of the rape/sexual assault of a 17 year old female.  The defendant, represented by Nigel Edwards KC, absconded from court (at the University of Bolton Stadium) after the jury retired but before verdicts.
https://www.manchestereveningnews.co.uk/news/greater-manchester-news/dad-prowling-streets-3am-picked-20746397

R v SG – Mold Crown Court, December 2020
Represented a man accused of sexual assaults on the 8-year-old child of a family friend.  The child was cross-examined with a Registered Intermediary ahead of trial. The Defendant was acquitted at trial.

R v Callum Maher – Mold Crown Court, April 2019 and March 2020
Represented a former soldier accused of raping a woman, at both the original trial (when the jury could not reach a verdict) and his retrial (at which the Defendant was acquitted).
https://www.dailypost.co.uk/news/north-wales-news/former-wrexham-soldier-cleared-raping-17699040

R v RP (AKA Amy Thompson) – Mold Crown Court, March 2020
Represented a man serving a life sentence, accused of sexual assault on a female prison officer.  At the time of the alleged offences, the Defendant was living as a woman at HMP Berwyn, Wrexham.  The Defendant was acquitted at trial.

R v Ryan Weston – Caernarfon Crown Court, January 2020
Instructed to provide pre-charge advice and subsequently prosecuted a man for the supply of drugs to his girlfriend who later died.
https://www.manchestereveningnews.co.uk/news/greater-manchester-news/hollie-connis-death-ryan-weston-17565264

R v Jake Waterhouse – Mold Crown Court, October 2019
Instructed by Strain & Co to represent a Manchester man who admitted causing the death of a woman while driving dangerously on a campsite in Gwynedd.
https://metro.co.uk/2019/10/22/drink-driver-killed-woman-tent-slept-jailed-eight-years-10963465/
https://www.theguardian.com/uk-news/2019/oct/22/drink-driver-who-killed-woman-on-snowdonia-campsite-jailed

R v Liam Rosney – Mold Crown Court, December 2018
Prosecuted the man who caused the death of the Carol Boardman. Using collision investigators and other experts we proved the defendant had been using his telephone before he entered a roundabout and killed the victim, who had fallen off her bicycle.
https://www.theguardian.com/uk-news/2018/dec/17/man-pleads-guilty-over-road-death-of-chris-boardman-mother
https://news.sky.com/story/driver-who-killed-mother-of-olympic-cyclist-chris-boardman-jailed-for-30-weeks-11623458

R v Melanie Smith (Operation Direct) – Mold Crown Court April 2013.
Prosecuted (led by Ian Murphy KC) a woman who set fire to a flat killing five people in the same family. She denied any involvement and painted herself as a victim. She was found guilty of murder.
http://news.sky.com/story/prestatyn-fire-downstairs-neighbour-guilty-10447135
http://www.bbc.co.uk/news/uk-wales-22294592

R v Mark Roberts and others – Caernarfon Crown Court, July 2013
Instructed by Martin & Strain, to represent a man with communication difficulties. Secured the dismissal of a charge of assisting an offender (in a murder) and the defendant gave evidence with an intermediary during the trial on perverting the course of justice.
https://www.bbc.co.uk/news/uk-wales-22993967

R v BW – High Court, March 2013
Instructed by Martin & Strain to represent an 11-year-old who pleaded guilty in the Youth Court to rape of a 6-year-old and was committed for sentence. Secured an adjournment and successfully challenged the committal in the Administrative Court.
[Reported as R (BW) v Caernarfon Youth Court and Crown Prosecution Service [2013] EWHC 1466 (Admin) – https://www.bailii.org/ew/cases/EWHC/Admin/2013/1466.html]

R v Steven Cowell and others (Operation Samurai) – Liverpool Crown Court, January 2019
Instructed by Strain & Co to represent a man previously convicted of drugs supply in a conspiracy to supply class A drugs from Merseyside and Cheshire into North Wales.
https://www.manchestereveningnews.co.uk/news/greater-manchester-news/gang-supply-guns-who-ran-15700387

R v Craig Eagles (Operation Tyke) - Chester Crown Court, August 2018
Prosecuted as a leading junior a ‘county line’ class A drugs conspiracy. All defendants charged were sentenced for involvement in the transport and supply of heroin and cocaine from Liverpool to Congleton.
https://www.liverpoolecho.co.uk/news/liverpool-news/police-smashed-drugs-gang-flooded-15022310
https://www.cheshire-live.co.uk/news/chester-cheshire-news/cheshire-drug-dealing-gang-jailed-15028110

R v Larry Morrison and others (Operation Zonal) – Caernarfon Crown Court, June 2018
Prosecuted on his own a convicted murderer who conspired with a fellow prisoner and others to blackmail a businessman. They recruited men from London to threaten the victim. The second defendant pleaded guilty after the Opening. The principal defendants were convicted after trial.
https://www.dailypost.co.uk/news/north-wales-news/seven-men-accused-blackmailing-wrexham-14832702
https://www.dailypost.co.uk/news/murderer-masterminded-100000-blackmail-plot-14906930

R v Mark Vaughan Jones and others (Operation Yonside) – Caernarfon Crown Court, March 2015
Instructed by Martin & Strain to represent a close associate of the lead organiser in a conspiracy to supply cocaine from Liverpool and Manchester into North Wales. Acquitted of all charges after a 6-week trial.
https://www.dailypost.co.uk/news/north-wales-news/former-professional-rugby-player-denies-8731235

R v Eamonn Canavan – Guildford Crown Court, March 2016
Instructed by Gray & Co to represent a hotel manager accused of a complex fraud. At trial, after lengthy cross examination and expert evidence, the Prosecution were required to revise their case and amend the Indictment.
https://www.standard.co.uk/news/crime/hotel-manager-jailed-for-350000-false-invoice-scam-a3204771.html

R v Craig Williams – Caernarfon Crown Court, January 2013.
Prosecuted the man who drove his 4x4 up Snowdon. He admitted driving once but denied it was dangerous. He denied driving a few weeks later when the vehicle reached the summit.
http://www.bbc.co.uk/news/uk-wales-north-west-wales-21087633

North Wales Police v O’Leary International – High Court, May 2012
Represented the police at magistrates’ court hearings in applications for deprivation orders in relation to vehicles used in criminal offences. Then on appeal before a divisional court of the of the High Court.
[Reported as O’Leary International Ltd (Appellant) v Chief Constable of North Wales & Crown Prosecution Service [2012] EWHC 1516 (Admin) – https://www.bailii.org/ew/cases/EWHC/Admin/2012/1516.html]

Matthew Curtis is a practising barrister, regulated by the Bar Standards Board (BSB). The information held by the BSB about him can be found here.

Matthew's clerks will provide no obligation quotations for all legal services that he provides. It is most common for Matthew to undertake Court and Tribunal work for a brief fee plus refresher days, although fixed fees are available. Matthew also accepts instructions on legal aid rates where those are available, details of which can be found here. For paperwork, Matthew most commonly charges at an hourly rate, although fixed fees are available. Matthew will typically return paperwork within 10-14 days, however professional commitments, complexity and volume of documentation can affect these approximate timescales.

Crime:
"Matthew is an exceptional barrister: meticulously prepared; immaculately presented; considerate to client and witnesses alike; careful in his approach and always diligent in his work. He is a delight to have before a judge and is reliable and always courteous. He stands out above his contemporaries."

Crime:
"Matthew is always well-prepared and has a strong grasp of the law and procedure. He is able to engage well with all types of client. He is a popular choice with clients who are impressed by his knowledge of their case and his excellent skills as an advocate. He is also able to deal with complex and unusual areas of the law including undertaking judicial reviews in the High Court."