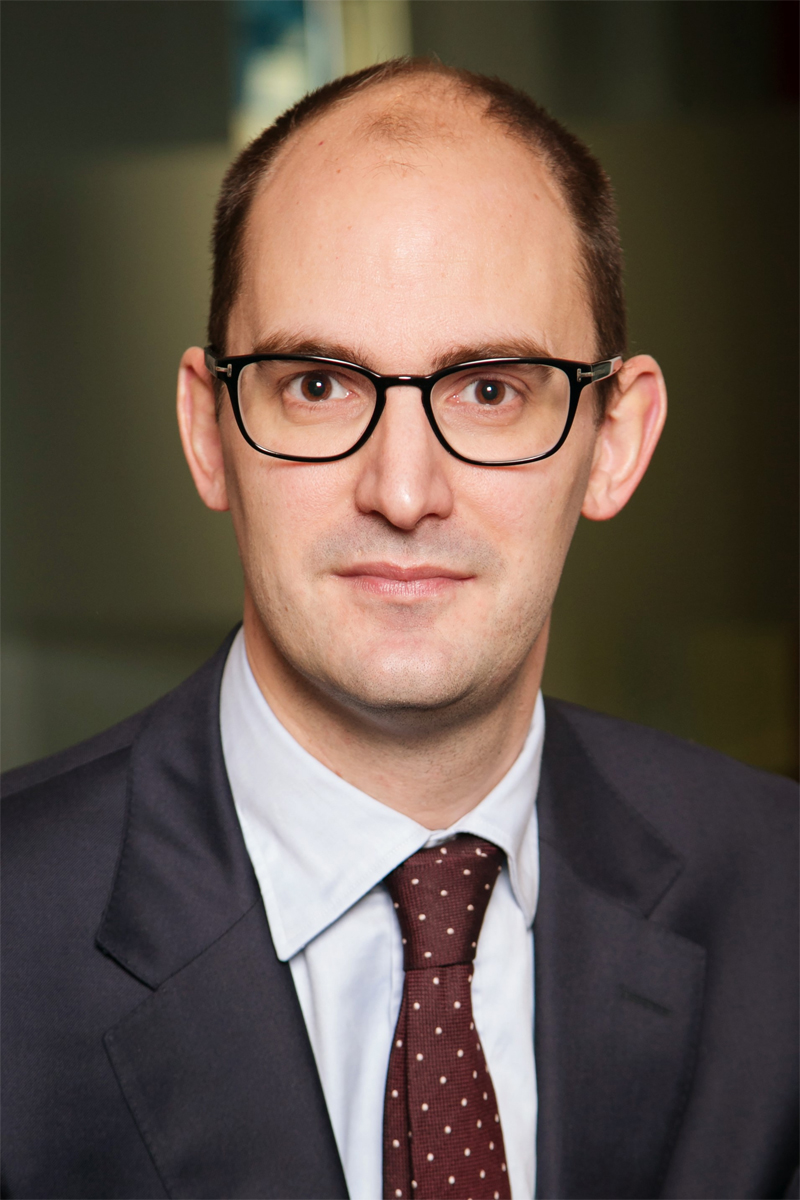 Matthew specialises in litigating catastrophic injury and large loss personal injury claims. A large proportion of his work concerns damages in excess of £1M and is frequently instructed alone against Leading Counsel. He has a balanced practice of acting for both claimants and defendants.

In addition to his personal injury practice Matthew acts in health and safety crime prosecutions. He is particularly experienced in cases occurring within the transport, healthcare, prison, security and construction sectors. He is often instructed to appear in the Coroner's Court in health and safety matters.

Matthew is a trial lawyer. He is frequently instructed in liability disputes at trial where clinical cross-examination or technical legal submissions are involved. Examples of topics covered in cases which Matthew has litigated are:

- Liability disputes concerning insurance cover and the interpretation of the Road Traffic Act 1988;

- Alcohol and drug toxicity arguments in both motor and EL/PL claims;

- Disputes regarding the training of employee's safe use of heavy or dangerous machinery;

Matthew is an adept negotiator and is regularly instructed to attend joint settlement meetings to negotiate large loss quantum disputes.

Matthew has particular expertise in quantum and causation disputes in the following areas:

2. Amputation claims (traumatic, surgical, elective and revisionary) involving both below and above knee amputations, arm amputations up to the shoulder joint (including brachial plexus injuries) and total hand/foot amputations.

5. Fundamental Dishonesty concerning TBI, serious orthopaedic and psychiatric injury where there is a dispute over the honesty of the claim advanced usually involving surveillance and social media evidence but also including false accounting claims. Increasingly Matthew is instructed in cases where there is a dispute concerning the circumstances of the accident leading to allegations that the entire claim is fundamentally dishonest.

- SH v SC - Acted for Claimant in a three day trial in a novel highway injury claim concerning the safety of a worn set of metal nosings on an external staircase with a sub optimal handrail. Safety experts attending trial on both sides.

- SA v SC & AV – Acted for Defendant in two day trial concerning a running down case of a young girl where an issue in dispute was whether her Mother waved her across the road from inside her motorcar before she was struck by another motorist and whether this amounted to 'use of a motor vehicle' within s.145(3) of the RTA 1988.

- MM v MZ - Successfully defended a motorist who collided with a pedestrian on a high street in Bradford. The Claimant suffered a severe TBI and lacked capacity. The accident was seen by an alleged independent witness who supported the Claimant's case. Matthew persuaded the Court after cross examination that the independent witnesses account was unreliable and that the damage to the motorcar showed the Claimant had regrettably stepped off the kerb directly into the front nearside wing of the Defendant's motorcar without looking.

- Andrew Bond v Tom Croft (Bolton) Limited [2018] EWHC 1290 (QB) - Successfully upheld the 1st instance judgment of HHJ Main QC before Morris J in the trial of the matter cited below. Morris J held that the Claimant's criticisms of the Defendant's expert were not valid, the Claimant retained the burden of proof to prove the cause of the defect in the ladder in circumstances where it was alleged that he was at fault and that HHJ Main QC was entitled to prefer the Defendant's evidence.

- IG v JCG - Successfully defended local gym against allegation that the owner distracted a student during a Muay Thai boxing session by turning on a loud television in his visual field causing him to be distracted and struck by a punch bag resulting in a dissected carotid artery causing a significant stroke with severe long term neurological consequences. The case involved sensitive cross examination of the Claimant who suffered from significant expressive and receptive dysphasia.

- PH v RBL - Successfully defended employer against allegation that the Claimant fell from a ladder whilst undertaking voluntary work causing him to later suffer a dissected carotid artery and serious stroke. The trial lasted for two days of cross-examination by Matthew after which the Claimant discontinued.

- PM v WCC - Successfully defended employer against allegation that head teacher was allowed to return to work prematurely resulting in her suicide on school premises during teacher training day. The case concerned issues of reasonably foreseeability of the Claimant's psychiatric presentation with opposing psychiatric experts.

- AB v TCL - Successfully defended employer in a serious TBI case against allegation that the leg of a step ladder suddenly snapped because it was defective and persuaded the Court that the Claimant caused the ladder to fail through misuse. The case concerned cross examination of the Claimant who was the only witness to the accident and opposing engineering expert evidence.

- KF v MIB - Serious TBI claim concerning a young man who was injured in an RTA. Liability issues of whether the Claimant knew the motorcar was uninsured when he was a passenger and whether he knew the driver was inebriated. Pleaded at £4.2M settled for £580,000. Matthew acted for the Defendant.

- AB v MIB - Serious poly trauma including loss of eye sight in 1 eye and life changing orthopaedic injuries concerning a middle rear seat passenger in a motorcar which the Defendant alleged was being driven by an intoxicated and inebriated driver and that the Claimant was actively encouraging reckless driving as part of a joint venture. The case settled for £380,000. Matthew acted for the Claimant against Leading Counsel.

- SD v BS - Matthew successfully resisted an application by Leading Counsel for the Claimant to adduce expert statistical evidence on the controversial issue life expectancy of a young Claimant who suffered a TBI subsequent to being born with a congenital neuro-developmental disorder.

- AA v DW - A claim for £2.35M for a Claimant who by reason of severe fibromyalgia and CRPS in her leg was settled for £350,000 at a JSM following exchange of expert medical evidence which contended that the Claimant's fibromyalgia was already on a downward spiral, the CRPS diagnosis was not valid and the Claimant suffered from a pre-existing somatoform disorder.

- MH v KD - A claim for £2M by the family of the Deceased who was a front seat passenger in a motorcar which spun off the motorway whilst he was taking his jumper off (without his seatbelt on) inside the motorcar distracting and blocking the driver's vision. Matthew acted in the case throughout including at the JSM against Leading and Junior counsel at which the matter resolved and was subsequently approved for £435,000 net of liability (being apportioned at 1/3:2/3 in the Claimant's favour).

- MW v WBD - Multi-million pound claim for a farmer worker who lost his arm through the shoulder involving a claim for a targeted muscle re-innervation prosthetic and a LUKE arm prosthetic from the USA. (With Chris Kennedy QC).

Matthew Snarr is a practising barrister, who is regulated by the Bar Standards Board. Details of information held by the BSB about Matthew can be found here.

Matthew's clerks will happily provide no obligation quotations for all legal services that he provides. Their contact details can be found here. It is most common for Matthew to undertake court work and negotiation engagements on a fixed fee and advisory, paperwork and conferences at an hourly rate. Conditional Fee Agreements and Damages Based Agreements will be considered in cases with favourable prospects of success. Matthew has a busy paper practice but will typically return paperwork within 21 days, however, professional commitments, complexity and volume of documentation can affect these approximate timescales.

Matthew enjoys trail running, fell running, ultra marathons, mountain marathons and orienteering. He is a keen skier both on and off piste.

Personal Injury (Northern Bar) Band 1
"He is excellent at cutting through the issues in complex cases and is very good at thinking on his feet. He is an impressive advocate." "He is exceptional when speaking to his clients and explaining complex ideas. He demonstrates a real understanding of the ways in which the injuries have affected the client."

Personal Injury (Northern Bar) Band 1
"His attention to detail is second to none, and clients and instructing solicitors love him because they know they will get forensic and commercially driven advice. He is absolutely outstanding."
"A very good negotiator who quickly grasps all the relevant issues."
"He's very sharp and a great trial advocate."

Personal Injury – Northern (Bar): Leading Barrister (Band 2)
"He is superb and a real one to watch. He is thorough, dynamic, leaves no stone unturned and is very tenacious."
"He is a very energetic and capable practitioner with an excellent reputation and a very busy practice."

"An excellent junior. Very capable, good in terms of detail, a good negotiator and very good with clients."

'A health and safety specialist.'

"Specifically acts for defendants in cases of fraudulent motor insurance claims. He has a particular specialism in high-value proceedings and those relating to organised fraud rings." "Thorough, sensible and can talk to the client in a way that they can understand."

"Focuses his practice on personal injury and health and safety matters, with considerable expertise in employment liability. He has significant advocacy experience at both trial and appellate level, and regularly acts for clients in high-value claims. 'He's very capable and a good opponent, he does a good job for his clients.' 'A very good and very straightforward barrister.'"

"He acts on an array of personal injury claims, including high-value and complex disputes. He is often instructed by defendants on cases involving alleged fraud. 'He is a very astute and alert barrister.'"

"He's very clever, thorough, good on the detail, a good negotiator and very good on his feet." "He is exceptionally well prepared."

"He's a very determined litigator, who is very able, particularly when handling complex areas of law."

"Noted for his work on complex race discrimination and unfair dismissal claims. He is also known for handling negotiations and settlement agreements."

"He is approachable and accessible."

"He is someone in whom you have confidence."

"He stands out for his enthusiasm, application and commitment, his understanding of issues, and his eagerness. He brainstorms and tries to get the best possible angles"

"Matthew Snarr 'gets on well with clients and the instructing solicitor'."

"The 'insightful and erudite' Matthew Snarr is another talented junior at the set. He is recognised for his 'outstanding cross-examination,' and was described by one solicitor as 'our first, second and third choice on tricky cases'."

"Working well beyond his call."

"...enthusiastic recommendations from solicitors thanks to his 'supreme professionalism.' "

"Matthew Snarr appealsto Solicitors thanks to his'really sharp mind andability to get right to theimportant issues of a case'."