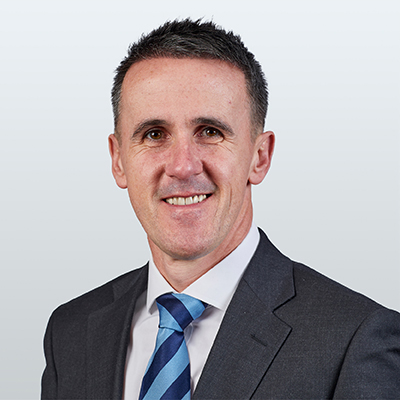 The majority of Mike's instructions relate to complex and high value personal injury claims, regularly valued in excess of £500,000. He is experienced in dealing with life changing orthopaedic injuries, pain disorders, subtle brain injuries, amputations and fatal accident claims. He is regularly instructed on behalf of both Claimants and Defendants and has experience of defending high value claims on behalf of the Motor Insurers’ Bureau.

He is often brought into cases at an early stage, to advise on evidence gathering and medical expert selection and regularly attends Joint Settlement Meetings.

Mike prides himself on his case analysis, judgment, approachability and skill as an advocate. He endeavours to bring added value to all his cases, regularly going above and beyond to try and secure the best outcome for his client.

• T v DBTH – Acting for C, who suffered a significant wrist injury following an accident at work. Liability is admitted. Repeated surgeries failed to improve functionality and C developed severe Complex Regional Pain Syndrome. She is unlikely to be able to return to work and has significant care requirements. The claim is ongoing and presently valued in excess of £1,500,000.

• H v W – Acted for D in the defence of a claim brought by an injured motorcylist. C suffered a serious arm injury, depression and psoriasis and sought damages in excess of £600,000. Settled at a JSM for £115,000.

• P v WWL – Acted for C, who suffered serious injuries to his dominant right arm in a workplace accident. Liability was admitted. He suffered a complete transection of the radial nerve and a mild brachial plexus injury. After unsuccessful surgeries, he was left with severe contractures of the shoulder, elbow and wrist, resulting in limited function. Settled at a JSM for the sum of £900,000.

• R v JBFL – Acted for C, who suffered serious injuries after falling through a roof. Primary liability was admitted, but contributory negligence was in issue. D also alleged that C had been fundamentally dishonest as to the factual circumstances. Following a three-day trial, the Judge accepted C’s account, saw through the myriad of inconsistencies in the D’s case, and found that all four of D’s witnesses had entirely fabricated their account of the accident. Contributory negligence was assessed at 25%. The claim subsequently settled for £200,000

• MC v SPL – Acted for the D in respect of a fatal accident claim. Liability was not disputed. C was a secondary victim, having witnessed the immediate aftermath of her son’s death. She suffered severe psychiatric injuries, but the principle disputes related to her loss of earnings and care claims. Her case was pleaded at circa £600,000. After an unsuccessful joint settlement meeting, C eventually accepted £120,000.

• W v AG – Acting for C, who suffered serious injuries to his right leg in an RTA. Liability is admitted. Repeated failed surgeries left C with an 8cm shortening of the limb. That has been corrected by the pioneering use of the PRECICE intramedullary lengthening nail, which C had to manually operate, each day, over an 80-day period. C remains significantly disabled. The provisional schedule values the case at circa £200,000, with claims for accommodation and aids and equipment yet to be quantified.

• M v CF – Acting for C, whose husband was fatally injured in an RTA. Liability is admitted. She brings a claim, currently pleaded in excess of £300,000 as a dependent pursuant to the Fatal Accidents Act. She was also a pillion passenger in the same incident and suffered life changing injuries, including multiple fractures to her left ankle, right leg, right arm, right hip, ribs and left metatarsals. She also suffered a fractured skull and eye socket, resulting in ongoing cognitive impairment consistent with a subtle brain injury. Her medical evidence is not yet complete but her own claim is likely to be high value.

• W v MT – Acted for D in relation to a workplace burning accident in which C suffered dermatological, optical and psychiatric injuries. He presented a schedule claiming in excess of £320,000. The case settled for £175,000 shortly after a JSM.

Mr Michael O’Neill's clerks will happily provide no obligation quotations for all legal services that he provides. Their contact details can be found here. It is most common for Mr Michael O’Neill to undertake court and advisory work for a brief fee plus any refresher days. For advisory work, paperwork and conferences it is most commonly charged at an hourly rate, although fixed fees can be agreed in advance upon sight of the papers. Conditional Fee Agreements will be considered in cases with favourable prospects of success. Mr Michael O'Neill will typically return paperwork within 14-21 days, however professional commitments, complexity and volume of documentation can affect these approximate timescales.