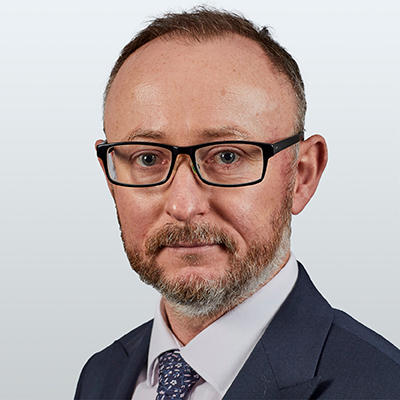 Nigel prosecutes and defends. A large part of his work consists of cases involving allegations of rape, and child sexual and physical abuse. He has particular experience dealing with child witnesses and with witnesses and accused who are vulnerable. In the latter part of 2017 he was involved in the Circuitwide training of barristers in the questioning of vulnerable witnesses.

Nigel has lectured on mental health law and its boundaries with insanity and non-insane automatism. He has advised on the Mental Capacity Act and the working practices and policies of a local authority and contracted care agencies. He has experience in dealing with members of the Armed Forces. Driving cases involving disqualification have been a consistent area of his practice since his first four years in practice with the Crown Prosecution Service in the late 1990s when he gained a thorough grounding in road traffic law and practice. He was Junior Counsel in the leading extradition case of R v Seddon [2009] 2 Cr App R 9 where the Prosecution sought to proceed to trial on allegations beyond those specified on the European Arrest Warrant, and successfully argued the principles when defending (R v Vilardo, Preston Crown Court).

Between 2015 and 2017 Nigel was the legal advisor to a major jury research project at the Centre for Applied Psychological Research at the University of Huddersfield. Mock jurors deciding a mock rape trial were psychologically profiled, and their susceptibility to rape myths and stereotyping assessed. It is the most significant research into juror behaviour ever conducted and was reported in The Times and other British, European and American media, including The Barrister and The Global Legal Post. Criminal Law and Justice Weekly commissioned Nigel to write an article about the research (subscription service).

Nigel has experience of successfully representing drivers at conduct hearings in the regulatory arena before the Traffic Commissioners. Driver conduct hearings are often convened to consider a range of conduct issues including, for example, drivers' hours offences, dangerous driving and bridge strikes. The Traffic Commissioners have the power to suspend or revoke vocational driving licences and very often livelihoods are at risk.

Among his recent inquest cases, Nigel Booth was instructed to represent the family of a man with substantial medical problems who died in custody in a southeast Asian country. The Foreign and Commonwealth Office had taken an interest in his medical care and subsequently became an Interested Party. Nigel drafted written submissions in relation to whether it should be an Article 2 inquest, arguing that there had been neglect and a failure to provide adequate medical care. Nigel also has made written and oral submissions, successfully securing an Article 2 ruling, in relation to an inquest dealing with issues of systemic failure by a health authority to provide adequate care to a patient who died in an ambulance that had been kept waiting for an hour outside hospital. Currently Nigel represents the family of a vulnerable man who committed suicide upon day release from the mental health ward where he was being detained.

Nigel has also attended training organised by the charity Inquest and a course in Coronial Law at the Centre for Coronial Law at the University of Bolton. He has particular experience dealing with court participants who are vulnerable, and in recent times was involved in the Circuit-wide training of barristers in how to deal appropriately with vulnerable court participants. Nigel has lectured on mental health law and its boundaries with insanity and non-insane automatism, and regularly examines and cross-examines members of the medical profession. He has dealt with cases involving the Mental Capacity Act and has previously advised on the working practices and policies of a local authority and contracted care agencies.

Nigel has published three legal self-help books explaining the law in straightforward language. His books can all be seen at www.LegalLifebelt.com. Nigel’s first book, "How Do I Defend Myself At Court", is aimed at those who are defending themselves at court against criminal charges. Nigel explains the typical hearings and procedures that people will encounter. The second book is the “Licence Review Handbook” which guides residents and businesses through the procedure of seeking a licence review hearing in relation to pubs, clubs and other licensed premises causing neighbourhood problems. Nigel’s latest book is titled "How Do I Avoid A Driving Ban?". It explains road traffic law with an emphasis on the ways by which a driver can avoid disqualification and penalty points.

R v Florin Radu - Prosecuted a man who forced a woman into sex slavery. Florin Radu was jailed for seven years at Minshull St Crown Court, Manchester on charges of trafficking for sexual exploitation, controlling a prostitute for gain and two counts of common assault, as well as failing to surrender to custody. The case was reported by the Daily Mail, Birmingham Mail and Manchester Evening News.

R v Nicholls - Prosecuted Michael Nicholls from Bolton, who was found guilty of 19 sexual offences against four children between 2003 and 2010. He was sentenced to 27 years following a trial at Preston Crown Court. The case was reported in the Sun, the Blackpool Gazette and the Manchester Evening News.

R v Mountfort - Prosecuted a man who was found guilty of conspiracy to supply Class A drugs at the Kendal Calling music festival. The case was covered in BBC News and North West Evening Mail.

R v Wilkinson - Defended a mother from Kirkby who received a suspended sentence after falsely claiming £84,000 in benefits by failing to reveal she was living with her boyfriend. The case was reported in the Liverpool Echo.

R v Bogdan Drezaliu - Prosecuted in the case of a 21-year-old man who attempted to rape a woman at Clayton Vale. Drezaliu was given a four-year jail sentence, with licence extended until 2022. Read more about the case here. The case received coverage in the Manchester Evening News, the Mirror and the Daily Mail.

R v Eccleshare - Prosecuted in the case of a man who stole £8,000 from a family friend while she was seriously ill in hospital. The case received coverage in the Daily Mail, the Manchester Evening News and the Bolton News.

Nigel Booth is a practising barrister, regulated by the Bar Standards Board (BSB). The information held by the BSB about him can be found here.

Nigel’s clerks will happily provide no obligation quotations for all legal services that he provides. Their contact details can be found here. It is most common for Nigel to undertake Court work for a brief fee plus additional refresher days, although fixed fees are available. For advisory work it is most commonly charged at an hourly rate. Nigel also accepts instructions on legal aid rates where those are available, details of which can be found here. Nigel will typically return paperwork within 10 working days, however professional commitments, complexity and volume of documentation can affect these approximate timescales.

On 1st September 2020 Nigel Booth will be taking up a position at the University of Law in Manchester tutoring criminal litigation, evidence and sentencing on the Bar Vocational Course. Whilst Nigel will be accepting no new instructions during his time at the University, he will remain a Member of Chambers. At 9 St John Street we are delighted that Nigel has the opportunity to pursue this new direction in his legal career. We look forward to his continued association with Chambers.