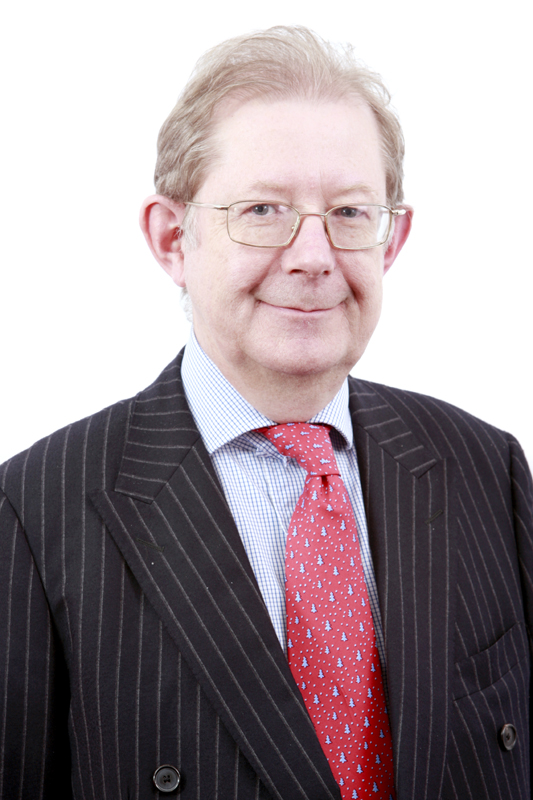 Peter Cadwallader has experience in most court levels, including the Magistrates' Court, County Court, Crown Court, Administrative Court, Court of Appeal (both Civil and Criminal Division) and the Supreme Court (House of Lords as it was then).His range of practice in recent years has included murder; attempted murder; manslaughter; human trafficking; sexual offences, particularly involving children and vulnerable witnesses; major drug cases including importation; high level frauds and money laundering along with associated ancillary proceedings under the Proceeds of Crime Act. His cases have required extensive knowledge and experience in disclosure, Public Interest Immunity and applications to stay for abuse of process. He has experience in cases closely linked with foreign jurisdictions, including experience with foreign telephone intercepts and its admissibility in those jurisdictions and therefore within England and Wales. He has regularly dealt with cases in which cell site evidence has been significant. He has been led on many occasions, but more recently has either acted alone or frequently as a Leading Junior.

• R v Kassar and others Instructed as Junior Counsel for the main defendant, which then concerned the largest known drugs importation (cocaine) into the United Kingdom (£644 million). Since then he has regularly acted in major criminal trials.

• R v Redford and others Peter Cadwallader was a led junior in this case and concerned a gangland murder. It involved CCTV footage and the identification of motor vehicles at night through expert evidence of minute detail and headlight positions as well as precise timings.

• R v Matthews and others Peter Cadwallader was a led junior and it concerned a planned execution of a gang member or rival. Initially the body was not found. The case involved extensive tracking of mobile telephone calls through cell site evidence. There was a vast amount of unused material covering about 12 phases with many thousands of pages of documents.

• R v Stellenfeld This was an historical sexual abuse case (including rape) in which there were 13 complainants. The defendant had audio taped some of the sexual abuse. All the witnesses were very vulnerable with extensive medical problems, including psychiatric matters. There were extensive social service and medical records to review and many difficult areas of disclosure. Peter Cadwallader acted as Leading Junior.

• R v Ilyas Ashar and others (2012 and current) The case involves human tracking; rape and economic crime. The Complainant is deaf and without speech. She was brought to this country as forced labour. Highly vulnerable. Special measures. Extensive challenge to ABE interviews needing very careful consideration of the ABE guidelines.Intermediary, requiring extensive research in the guidelines for Intermediaries as his appointment was challenged. Competence to give evidence. Pschological evidence. Anthropologist retained to assess the age of the complainant. Psychologist evidence dealing with traumatic bonding or Stockholm syndrome. Preparatory hearing lasted six months and concerned (amongst other things) an application to stay on the grounds of abuse of executive power and deprivation of liberty entailing major research into authorities in the European Court of Human Rights and the Courty of Protection. Peter Cadwalader acted as Leading Junior.

• R v Gavin Noakes and others Four defendants involved in an armed robbery. Use of a handgun. Conspired to rob the Abbey National at Haslingden. Highly sensitive case. The defendants were trapped by the Police and tried to escape in their stolen cars. The Police opened fire on one of the cars hitting the driver with three bullets. He survived, but was seriously injured and has now some permanent disability. The firearms officers required anonymity under the new legislation. Evidence included observation and cell site.

• R v Sarah Watson & Others Five defendants, each separately represented. Peter Cadwallader acted as Leading Junior. The deceased had sexually assaulted the Watson's 13 year old son. The Watson's with others went round to the deceased’s flat and tried to enter in order to attack him. He tried to escape by climbing or jumping from the balcony. He fell to his death. Unlawful act manslaughter. Causation. Called pathologist to explain the death.

• R v Morris & Others Three trials arising out of the same drugs seizure. Peter Cadwallader acted as Leading Junior. 844 kilograms of cannabis were recovered by the Police with a value of between £2.5 million and £4.2 million. The drugs were imported from Spain. Evidence included brief Police observation evidence; telephone evidence linking many of the conspirators; extensive telephone intercept evidence from Spain.

• R v Greenhalgh & Others This was an extensive art fraud in which the principal defendant forged artwork, including the Armarna Princess, which fooled international experts, including the British Museum. Others forged work, including works said to have been by Gaugan and Henry Moore amongst others which deceived major auction houses and their experts. It was a high profile case that has led to a number of TV programmes.

• R v Flannery & Others Peter Cadwallader did an extensive pre-charge advice (2008). He acted as Leading Junior for the Crown. The case was about a waste disposal fraud at Trafford Metropolitan Borough Council and concerned the work force from labourers to higher management. He advised on whether there was sufficient evidence; the nature of the charges and who should be charged. There were 21 potential defendants. He advised that 14 should be charged. He advised on evidence. Until the successful conclusion of the case (2010/2011) he continued to advise in writing. He drafted the indictment; further and better particulars; skeleton arguments; jury bundle; batting order and admissions.

• David Cullen & Others This was a money laundering case by the family of a professional bank robber. Peter Cadwallader acted as Leading Junior.

• R v Fahy The complainant suffered severe brain damge which was permanent. An important issue was causation. The medical evidence included reports from a Consultant Neorsurgeon, Consultant Neurologist and Consultant Neuroradiologist. Peter learnt about eclapsia, pre-eclapsia, posterior reversible ecephalopathy sydrome, diffuse axonal brain damage, the brain generally and the effects of alcohol and cocaine on the brain. All relevant to the issue of causation. Peter drafted precise questions to be placed before the doctors in the preparation of a final joint report.

In R v Stephen and Anthony Pattison (2009) a key part of the evidence was telephone intercepts recorded in Spain and authorised by the Judiciary there. Therefore it was admissible as evidence in England and Wales. Further, there were arrests in Spain with important evidence recovered. Letters of Request were made to use that evidence. Following the introduction of the Crime and Disorder Act 1998 which brought in anti-social bahaviour orders and sex offeders orders (as they were then) Peter acted for the Chief Constable of Greater Manchester in many of the earliest applications. This was when the law was new and legal challenges many, especially on Human Rights issues and the legislation’s compatibility with the new Human Rights Act 1998. In particular Peter acted as above in the case of PL Jones (application for a sex offenders order). He appeared at first instance. On appeal he acted alone and the appellant was represented by Queen’s Counsel and Junior Counsel. The central issues were Human Rights and the legislations compatibility with Artcile 6 of the Convention. The matter went on appeal to the Divisional Court when Peter was led. He prepared the Court documents, including Skeleton Arguments.

In case of McCann (the leading authority on Anti-Social Behaviour Orders) Peter appeared for the Chief Constable on the appeal to the Crown Court where he acted alone. He was led in the Divisional Court, the Court of Appeal (Civil Division) and the House of Lords. When led he prepared the documentation for Court, including the response to the Appellants'

Petition to the House of Lords. The issues were (almost) exclusively concerning Human Rights to such an extent that Liberty was given leave to intervene. The issues in the House of Lords were: (1) whether such proceedings are civil or criminal within the domestic law; (2) even if civil in domestic law whether it had a criminal character in accordance with the autominous concepts of Article 6, so that the additional protection afforded by Article 6(2) and (3) applied. It required an extensive review of the European Jurisprudence on the meaning of "criminal charge"; hearsay and standard of proof.

Peter is a practising barrister, regulated by the Bar Standards Board. Details of information held by the BSB about Peter can be found here.

Peter’s clerks will provide no obligation quotations for all legal services that he offers. Peter accepts instructions on legal aid rates where those are available, details of which can be found here. For other work, Peter usually charges a brief fee plus refresher fees for court hearings, with advisory, conference and other preparation work charged at an hourly rate. Peter aims to return paperwork within 14 working days, however his professional commitments, complexity and volume of documentation can affect these approximate timescales.

"His practice includes drugs cases, money laundering and all types of sexual offences."