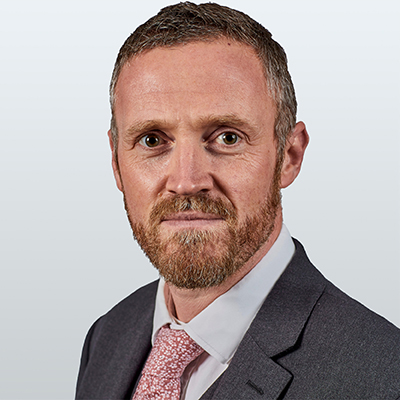 Phil may 'only' have been called to the Bar in 2014, but his life as a criminal lawyer began nearly twenty years ago, in 2003, when he began his career as a solicitor at one of Manchester’s largest dedicated criminal law firms.  He climbed through that profession quickly, becoming a duty solicitor in 2006 and a solicitor-advocate in 2008.  Along the way, the lead professor and then head of faculty at the University of Cardiff law school described him as “one of the most talented young solicitors we have ever had.”

Phil’s growing profile before the Crown Courts brought him firmly to the attention of both the bench and the Bar, and in October 2014 he was offered the chance to cross the professional divide and join the criminal team here at Nine.

And since that day, he hasn’t looked back.

Phil brought with him to the Bar over a decade’s experience of defending at the highest level.  That experience on the other side of the court room allowed him immediately to be appointed as a category 3 prosecutor and also earned him membership of the CPS rape and serious sexual offences panel.

These days, Phil is best-known as a prosecutor of serious and organised crime.  He has grown from the diligent prosecution junior to the determined, meticulous and able leader.

He has particular expertise in prosecuting offences of homicide and serious violence, firearms offending, armed robbery and high-level drug trafficking.  Since 2020 he has become a specialist in the prosecution of EncroChat cases.  He is regularly instructed by the CPS complex casework unit at all stages of their work, from initial investigative advice to multi-handed trial prosecution and appellate hearings.  He has gathered experience of complex disclosure work, PII and intelligence handling at the most advanced and intricate levels.

His hard-earned experience as a dedicated defence lawyer is something that Phil very much still carries with him though.  He remains a popular and sought-after defence advocate, regularly instructed to defend in the most serious of cases, and has represented those charged with murder, rape, drugs conspiracies, firearms offences and high-value dishonesty to name but a few.  But it is acting in defence of those in public positions – notably police officers, prison staff and care workers – where he has built a particular reputation in recent times.

Phil approaches his defence work – as he does all of his work - with the diligence and expertise demanded of the Bar, combined with the touch, understanding and approachability he learned in his years as a solicitor.

His experiences across the legal world have prepared Phil well for new and different challenges, and he now sits as a Recorder in the criminal and family courts, and also as a Deputy District Judge in crime.

Away from the law, Phil spends his time riding motorbikes, travelling home and away to watch Bolton Wanderers, coaching youth football and occasionally squeezing in time to see his own family.  He is vice-chairman of an FA charter standard amateur club with over 600 registered players, and has even been known to try to play the beautiful game himself…

Phil hails from a comprehensive school background and has a keen interest in social mobility in the legal profession.  He speaks widely to schools and careers organisations, with a particular focus on encouraging talented people with similar backgrounds to consider whether their futures might lie in the law.

Phil Barnes is a practising barrister, regulated by the Bar Standards Board. Details of information held by the BSB about Phil can be found here.

Phil’s clerks will provide no obligation quotations for all legal services that he offers. Phil accepts instructions on legal aid rates where those are available, details of which can be found here.  For other work, Phil usually charges a brief fee plus refresher fees for court hearings, with advisory, conference and other preparation work charged at an hourly rate. Phil aims to return paperwork within 10 working days, however his professional commitments, complexity and volume of documentation can affect these approximate timescales.