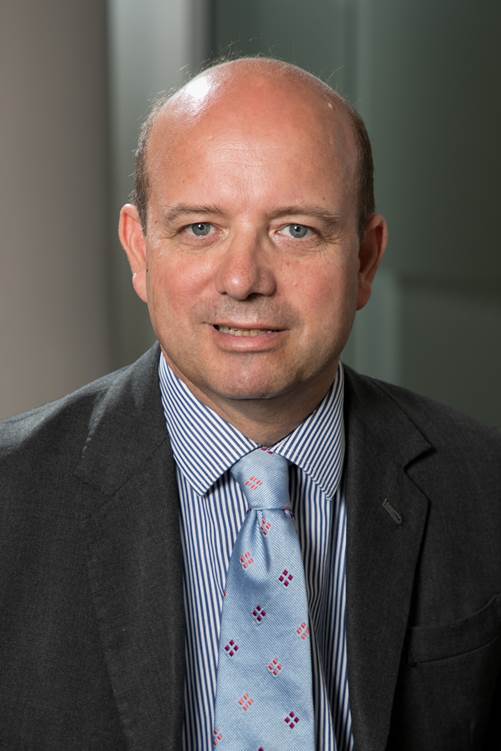 He practises in general Chancery and Commercial law with an emphasis on property, wills, trusts, company and insolvency law.

Regularly acts for claimants against solicitors, architects and surveyors in claims involving property.

On appeal from the decision of Christopher Clarke J (2006) EWHC 603 [2006] 2 All ER (Comm) 251 ("Halpern No 1") the Court of Appeal held that under Art 4(2) of the Rome Convention English Law was the applicable law to the compromise agreement but that Jewish law might be relevant to interpretation.

On appeal from the decision of Nigel Teare QC (2006) EWHC 172 [2006] 3 WLR 946 the Court held that rescission for duress should be no different in principle from rescission for other vitiating factors. However, the practical effect of counter-restitution would depend on the circumstances of each case. If the defendants were able to establish at trial that the compromise was procured by duress then it would be suprising if the law could not provide a suitable remedy but that would be a matter for the trial judge to decide. It was not necessarily the case that the party wishing to obtain rescission for duress had to be able to provide counter-restitution. Richard acted for the Appellants/Defendants.

The sale of real property, including a strip of land which the original owner had intended to keep, was not capable of legal rectification in the original owner’s favour on the basis that the transfer of the strip was a mistake. The property as sold clearly included the disputed strip, and the purchasers were entitled to rely upon their ignorance of the original owner’s uncommunicated desire to retain the strip.

Right of way by will expressed to be at "all times and for all purposes". CA adopted single transaction approach to construction to ascertain rights of beneficiaries under Will. Appellant's claim that right not limited to agricultural purposes upheld. Respondent’s claim to injunction restraining use of way to access three houses upheld but court left open question whether could use way for less than three houses.

Richard was instructed on behalf of the Defendant/Appellant Mr Thompson at first instance and was led by James Thom QC on the appeal.

Rights of way. Construction of reservation. Extent of way. Whether claimants abandoning right of way as a consequence of relevant transfer. Whether Defendants interfered with Claimants' right of way.

Acted for Defendant resisting claim that right of way over commercial property extinguished by abandonment. Claim settled during trial with successful outcome for Defendant.

Acted for successful Defendant in application to strike out claim by builder for unpaid fees/in restitution on grounds that claim statute barred. Court held cause of action arose when work carried out by claimant and not 28 days days after the service of the claimant’s invoice

Acted for successful Claimants in proprietary estoppel claim. Claimants awarded full estate of deceased on basis of promise to leave them her estate in equal shares if 1st Claimant left her husband (2nd Claimant) at the family home in Scotland to care for her in her last illness and to help run the deceased's hotel in Scarborough.

Acted for successful Claimants in right of way dispute, involving extent and mode of user, and substantial interference with prescriptive right of way by Defendant erecting speed bumps and gates across the way.

Acted for successful Claimant in obtaining declaration that her property entitled to prescriptive right of way, injunction restraining interference and damages.

Applications under s.423 Insolvency Act to set aside a transfer of property was not struck out for abuse of process where they had been brought subsequent to determination of issue of validity of the transfer.

Breach of restrictive covenant in a shareholders' agreement not to solicit or accept custom from the retailer’s customers.

Acted for successful applicant in Arbitration concerning right of way reserved as part of a development contract and obligation on respondent to construct a new road to an agreed specification. Arbitrator held respondent in breach and liable to pay applicant’s costs in full.

Acted for beneficiaries of family trust in claim for breach of trust against trustees (one of whom was an IFA). Dispute settled at Mediation.

Mr Richard Selwyn Sharpe is a practising barrister, who is regulated by the Bar Standards Board. Details of information held by the BSB about  Mr Selwyn Sharpe can be found here.

Mr Selwyn Sharpe's clerks will happily provide no obligation quotations for all legal services that he provides. Their contact details can be found here. It is most common for Mr Selwyn Sharpe to undertake Court, Tribunal and Mediation services for a brief fee plus refresher days For any advisory work, paperwork and conferences it is most commonly charged at an hourly rate although fixed fees are available. Mr Selwyn Sharpe will typically return paperwork within 10-14 days, however professional commitments, complexity and volume of documentation can affect these approximate timescales.

'Known for acting in Rights of Way cases.'

"He immediately 'gets' the issue at hand."

‘He immediately gets to the issue and his pleadings are very concise.’

"Cuts through the detail and sees the main issues very quickly... Inspires confidence because of his significant experience and ability."

"Generates confidence in his advice... he explores all lines of argument."