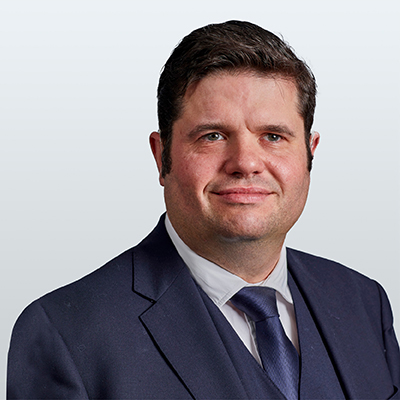 Robert Smith took up tenancy in chambers following completion of his pupillage in 2007. He specialises in crime, both prosecuting and defending. He is now a pupil supervisor. Robert is also instructed in inquest work.

Robert has been led in cases of the utmost severity including murder, attempted murder, drug conspiracies and rape. Robert was invited to the CPS RASSO Panel in early 2019 and is experienced in prosecuting and defending serious sexual offences in the Crown Court.

Robert is experienced in general advisory work and has recently advised a Manchester Shisha Bar on their responsibilities under the Health Act 2006. In 2016 Robert advised Copeland Borough Council on their response to a local campaign for confiscation proceedings to be brought against a major supermarket and parking company in Whitehaven.

Robert is also experienced in Inquest Work and during the last 12 months has represented the family of the deceased in an Article 2 Inquest following a death in custody and a private client who was involved in a fatal road accident.

Robert most enjoys spending time with his family. His other interests include the travails of Plymouth Argyle football club, amateur dramatics (recently starring in an Agatha Christie play as the spurned fiancée), reading history books and (when he gets the chance) swimming off the Devon coast.

R v A: 2020 Snaresbrook CC – Defending alone in serious case involving the use of a vehicle and head stamping to cause injury – Section 18

Robert Smith is a practising barrister, who is regulated by the Bar Standards Board. Details of information held by the BSB about Robert Smith can be found here.

Robert Smith's clerks will happily provide no obligation quotations for all legal services that he provides. Their contact details can be found here. It is most common for Mr Smith to undertake, Magistrates and Crown Court work for a brief fee plus refresher days. For any advisory work including paperwork and conferences, this is most commonly charged at an hourly rate, although fixed fees are available. Mr Smith also accepts instructions on legal aid rates where those are available, details of which can be found here. Mr Smith will typically return paperwork within 10 days, however professional commitments, complexity and volume of documentation can affect these approximate timescales.