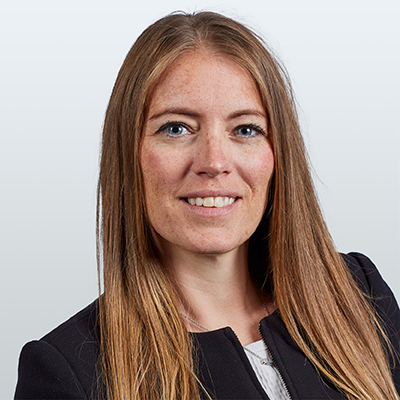 Sandi practices exclusively in family law. She acts in both Children Act matters and financial remedy proceedings. In care and private law proceedings she is instructed by local authorities, parents, grandparents and guardians alike.

She has considerable experience in complex and difficult cases. Sandi has acted in multiple cases where there has been near fatal non-accidental injuries; cases that have been extremely legally complex involving international law and intractable disputes.

Sandi has a reputation for being a robust advocate, who zealously but sensitively advances her client’s case. She has a down to earth approach with clients and often quickly develops an excellent working rapport. Sandi is not afraid to run a difficult case.

Sandi also assists a popular television soap opera on their family law story lines and she sits as a panelist for inns of court scholarship interviews for prospective barristers.

Re M (2019)
Sandi represented a 12 year old girl who made very serious allegations of sexual abuse against her careers. Multiple failings in the police investigation. All findings were found.

Re H (2017)
Near fatal injuries to a 17 month old, complex medical findings and prognosis. Sandi acted for the mother who was found not to have caused the injuries.

Re B (2015)
Very serious injuries to a 4 year old girl. Conflicting medical evidence as to causation. The Court heard the evidence via "hot tubbing". Sandi acted for the mother, who was exonerated.

Re P (2014)
Intractable parental dispute where mother had alienated the children against their father and made very serious allegations. Sandi acted for father. The allegations were dismissed and suspended change of residence order.

Sandra Pope is a practising barrister, who is regulated by the Bar Standards Board. Details of information held by the BSB about Sandra Pope can be found here.

Sandra Pope's clerks will happily provide no obligation quotations for all legal services that she provides. Their contact details can be found here. It is most common for Sandra Pope to undertake Court work for a fixed fee or a brief fee plus refresher days. For advisory work, paperwork and conferences it is most commonly charged at an hourly rate although fixed fees are available. Sandra Pope accepts instructions on legal aid rates where those are available, details of which can be found here. Sandra Pope will typically return paperwork within 10-14 days, however professional commitments, complexity and volume of documentation can affect these approximate timescales.