The competition took place on 3rd May 2013 was won by Dalton Hale. The runner up was Monica [TBA].

The winner was awarded £100 in book tokens and a mini-pupillage at 9 St John Street.

The purpose of the event was to grow closer links between the Bar and Manchester University and to enable students to put into practice some actual legal skills during the course of their academic studies.

The finalists and Chris Kennedy KC appear in the picture below. 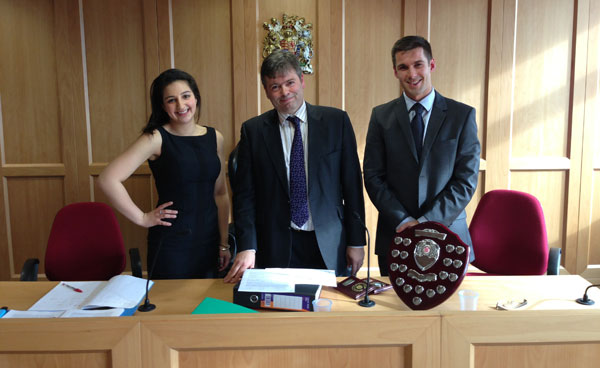