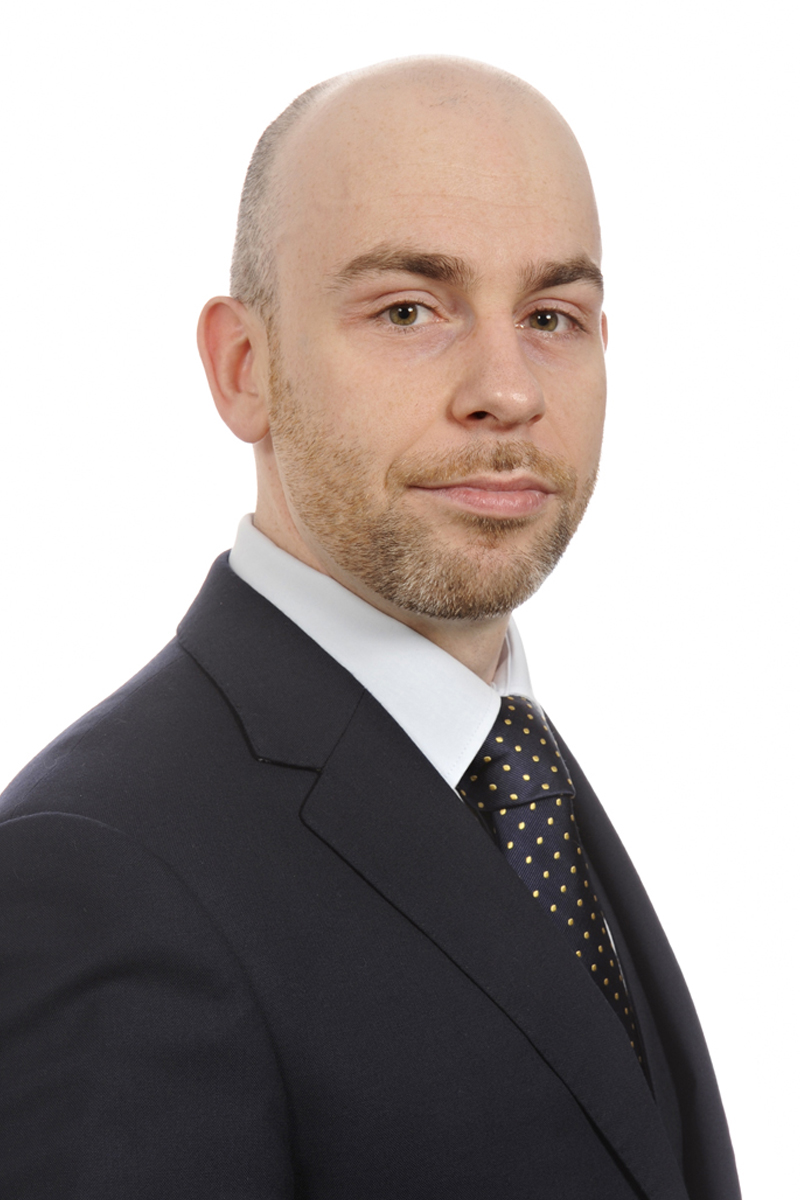 David is recognised by the Legal 500 as a Leading Junior in Employment on the Northern Circuit. In 2014 David attained a Masters' degree in Employment Law with Distinction from the University of Leicester.

Notable and recent employment cases include:

- In March 2021 David, instructed by Simpsons Solicitors, represented around 200 GMB Trade Union members at a four-day hearing and successfully argued that a quarterly bonus fell within the definition of ‘normal remuneration’ and should have been paid during annual leave taken under Regulation 13 of the Working Time Regulations 1998. The case involved detailed consideration of CJEU and domestic authority.

- In February 2021 David successfully defended a global car rental business at a five-day hearing against allegations of unfair dismissal and race discrimination. The case involved an alleged breach of the employer's CCTV and data protection policy relating to the copying of CCTV footage. The Tribunal concluded that the claimant had lied about how he had obtained the CCTV footage, found the dismissal to be fair and dismissed the claimant's claims of race discrimination.

- In December 2020 David successfully defended a national law firm at a Preliminary Hearing against a claim brought by a former solicitor. The claimant’s claims for constructive dismissal and discrimination were struck out due to limitation.

- In April 2020 David successfully defended a recruitment agency against claims of unfair dismissal brought by agency workers. Following a preliminary hearing the Tribunal struck out the claims as possessing no reasonable prospects of success.

- In October 2019, at a hard fought three-day hearing, David successfully defended a large educational establishment against claims for discrimination arising from disability and a failure to make reasonable adjustments.

- In July 2019 David successfully argued on behalf of an employer that a claim should be dismissed as a binding settlement had been reached with assistance from ACAS, despite no COT3 being formalised.

- In July 2019, at a two-day hearing, David successfully defended a national home furnishing company in a constructive dismissal claim.

- Ugradar v Lancashire Care NHS Foundation Trust UKEAT/0301/18 - In June 2019 David persuaded the EAT that the ET was wrong to hold that a statutory redundancy payment was subsumed within a contractual claim. The EAT held that there was no merger of a cause of action when a claim was brought for both a contractual and a statutory redundancy payment.

- In June 2018 David successfully defended a school and local authority at a multi-day hearing against claims of disability discrimination and breach of the flexible working regulations.

- At hearings between March 2017 and May 2018 David represented an employee who succeeded in claims for disability discrimination and unfair dismissal and who was awarded over £100,000.

- In January 2018 David successfully represented three claimants who were each held to have been automatically unfairly dismissed due to whistleblowing. The total awards exceeded £350,000.

- In late 2016 David defended a large multi-national automotive equipment business in a High Court employee competition dispute involving allegations of poaching and misuse of confidential information, including at an interim injunction hearing.

- Noble v Sidhil Ltd UKEAT/0375/14 - In January 2016 David successfully represented a claimant before the EAT in a serious harassment claim. The EAT concluded that the ET had erred in holding that the claimant could not have been subjected to harassment related to a protected characteristic which he did not possess. The EAT also dismissed the employer’s cross-appeal and held that knowledge of an employee's disability was not a requirement to bring a claim for disability related harassment.

- The Reverend Sharpe v The Bishop of Worcester [2015] ICR 1241 (CA) - Seminal decision on the employment status of Church of England clergy and Ministers of Religion generally.

- In July 2014 David successfully defended a national firm of surveyors and property consultants at trial in a civil court claim for damages for breach of contract relating to alleged unpaid remuneration.

- Cooksey and others v Trafford Borough Council [2012] EqLR 744 (EAT) - David appeared against leading Counsel and successfully defended an appeal against the rejection of genuine material factor defences and successfully argued that the ET had erred in law when considering disparate adverse impact.

David specialises in both living and fatal asbestos-related claims of significant value, including pleural thickening, asbestosis and mesothelioma.

David has particular expertise in disease cases involving issues of potential exaggeration/fundamental dishonesty including cases involving surveillance and social media evidence. David is familiar with the subtleties and challenges in this area including in respect of limitation, exposure, usage of PPE and injuries.

David is experienced in advising on limitation issues including the credibility of claimants' cases on date of knowledge and matters relevant to section 33 of the Limitation Act 1980. David is confident in cross-examining both lay and expert witnesses at trial.

- In December 2019 David successfully represented an insurance company before the County Court and Companies Court in defence of a claim for noise induced hearing loss in which the claimant had failed to restore the employer/defendant to the Register of Companies. The claimant’s case was struck out as an abuse of process, QOCS was disapplied under CPR 44.15(1)(b) and David was successful in obtaining an order for indemnity costs for £18,000 in favour of the insurer to be enforced on a joint and several basis against the claimant’s solicitors and the claimant.

- In October 2019 David led a complicated and long-running claim for noise induced hearing loss and catastrophic tinnitus to a large settlement.

- In August 2019 David led a claim for pleural thickening due to asbestos exposure to a significant settlement.

- In May 2019 David represented an employer in defence of a claim for noise induced hearing loss and successfully applied for the claim to be struck out on the basis that the claimant had failed to attend a preliminary trial on limitation.

- In January 2019 David advised a claimant in a living mesothelioma claim which settled for £190,000.

- In September 2017 David led a claim for contact dermatitis arising out of exposure to irritant chemicals and rubber accelerators to a significant settlement.

- In April 2017 David represented a claimant in a claim a claim for noise induced hearing loss at trial. David cross-examined one of the leading medical experts in the area. Due to the expert changing opinion the trial was adjourned part-heard and was subsequently settled in the claimant’s favour.

David has a thriving clinical negligence practice. David is experienced in navigating through contentious expert evidence and confidently tests expert opinion in conference.

Areas in which David has recently been instructed include:

- Accident and Emergency: Misdiagnosis of acute appendicitis leading to a laparotomy, bowel resection, stoma, further surgeries, incisional hernia, weight loss and infection. A further case where an undiagnosed femur fracture at A&E led to the need for a total hip replacement.

- Cancer/Oncology: Beecroft v Royal Berkshire NHS Foundation Trust (2018, Lawtel Quantum Reports) where total damages of £27,500 were agreed in March 2018 arising from a delay in diagnosing lung cancer from a CT scan. David is presently instructed in a claim arising from the failure to treat high grade dysplasia following gallbladder surgery leading to death.

- Cardiology: Cases involving the misdiagnosis of cardiac symptoms by primary and secondary practitioners where intervention may have avoided a heart attack and/or death.

- Colorectal Surgery: In March 2020 David attended a JSM and secured a six-figure settlement for a claimant who suffered caecal perforation because of acute colonic pseudo-obstruction and associated complications.

- Elderly Care: A number of cases where elderly patients have been seriously injured and/or neglected whilst in care or at hospital.

- General Practitioners: Death due to faecal peritonitis and perforation of the sigmoid colon through areas of stercoral ulceration following failures to refer to secondary care.

- Medical students: Performance of gynaecological examinations by medical students whilst a patient was under general anaesthetic, without obtaining proper consent.

- Obstetrics: Failure to warn and advise as to reduced fetal movements relating to pregnancy affected by obstetric cholestasis leading to traumatic birth and psychiatric injuries.

- Optometry: Failure to refer to ophthalmologists in respect of a choroidal melanoma leading to enucleation. The matter settled for a significant sum in December 2019.

- Product liability: Claims against a large pharmaceutical manufacturer in respect of undisclosed side-effects of medication which David led to significant settlements.

David is also regularly instructed in a wide range of other serious personal injury and fatal accident matters, usually on the multi-track, including employer’s liability claims involving work equipment, manual handling, stress at work and assaults.

David accepts regulatory instructions and has appeared before the HCPC and NMC.

David is an accredited public access barrister and able to provide advice and advocacy services directly to businesses or individuals.

David Campion is a practising barrister, who is regulated by the Bar Standards Board. Details of information held by the BSB about Mr David Campion can be found here.

David Campion's clerks will happily provide no obligation quotations for all legal services that he provides. Their contact details can be found for employment here and for personal injury here. It is most common for Mr David Campion to undertake Court and Tribunal advocacy for a brief fee plus refresher days. For advisory work, paperwork and conferences work is most commonly charged at an hourly rate although fixed fees are available. Conditional Fee Agreements can be considered in certain types of cases with favourable prospects of success. David Campion will typically return paperwork within 21 days, however annual leave, other professional commitments, complexity and volume of documentation can affect these approximate timescales. Any requests for urgent advice should be plainly marked as such.

Employment - Leading Junior Band 2
"David is able to grasp the full details of a case very quickly and to quickly analyse the pros and cons of the different approaches which are available. His knowledge of the Employment Tribunal process is second to none, which is hugely beneficial to clients and instructing solicitors in understanding how a claim and subsequent hearing is likely to unfold."