We practice in every aspect of the specialism, covering the full spectrum of contentious work in the Tribunal and the civil courts combined with all aspects of non-contentious work.

In the contentious field, we act on all sides of the argument - for and against individual employees, trade unions, private and public employers, government departments, NHS organisations, local authorities, universities and employers' associations.

In addition to the traditional areas of employment work, our members, who comprise 6 part time Employment Judges, undertake drafting of contracts, policies and procedures, and conduct employment-related investigations, disciplinary and grievance hearings and appeals.

We accept instructions on the traditional referral basis from solicitors in private practice and directly from in-house legal departments.

Several of our members undertake public access work in accordance with the Bar Council Scheme.

We appear as advocates in every venue throughout the United Kingdom from internal disciplinary hearings through Employment Tribunals and Courts of first instance to the appellate courts. We also have a team of expert Mediators who are able to offer specialist Employment and Workplace Mediation services.

Members of the Group frequently speak at seminars and training sessions on a wide range of employment issues.

We cover the whole range of Employment work at every level of seniority, ensuring that our professional and lay clients secure the best fit for the relevant instruction.

Our team of clerks will be pleased to tell you more about the work of the Group and its members.

What the Legal Directories say: 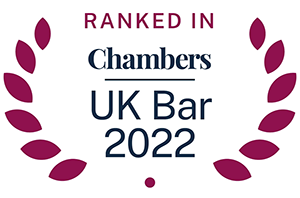 Widely acknowledged as a leading employment set on the Northern Circuit, 9 St John Street is regularly instructed to handle the most sensitive employment issues faced by clients including NHS trusts, local authorities and others. Matters handled by the set include complex discrimination and TUPE claims, with individuals acting on behalf of both employers and employees. Some members are additionally sought out for representation in contractual and 'commercial' employment law claims, involving restrictive covenants or injunctions. The barristers are also active in relation to union matters.
Client service: "The clerks give accurate and clear notes of costs." "The clerks are courteous, prompt and flexible where necessary." "The clerks are excellent: fast responders and efficient." "The lead employment clerk Julia Lanza is brilliant, always available, efficient and effective." 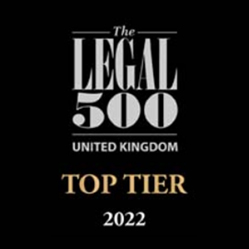 9 St John Street has a "strong and varied employment set that advises across the full spectrum of contentious and non-contentious employment Law".

'The set is excellent – offers a broad range of expertise.'

'In my view, 9 St John Street is the leading set for Employment work in the North West.'

9 St John Street is home to a substantial cohort of experienced employment practitioners. Barristers at the set engage in the full range of contentious employment law issues, and also provide advice and support on non-contentious issues. Members here are regularly involved in cases involving whistle-blowing, discrimination, TUPE, equal pay, and other matters including advice on the commencement of employment. The set acts on behalf of both employers and employees, across a range of public and private entities, and chambers regularly services NHS trusts, government departments and private employers. Members of the set appear as advocates in the employment tribunals as well as at appeal in the higher courts. One instructing solicitor says: "It is a very modern set of chambers which is easy to deal with, and its barristers are approachable. You can email counsel directly and they are very responsive, and their fees are reasonable. 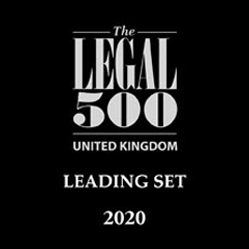 9 St John Street has an 'outstanding calibre of counsel', with members acting for both claimants and respondents, including direct access instructions for some members.

A strong set featuring an impressive selection of employment practitioners whose clients range from individual employees to trade unions and major employers. The set's expertise covers unfair dismissals, trade union disputes, discrimination claims and a raft of other matters. Members appear as advocates in internal disciplinary hearings, tribunals and court cases. Sources say the set has "strength and depth" in its employment team and "a huge number of barristers to choose from."

Members of 9 St John Street handle all manner of employment law issues including discrimination, TUPE and unfair dismissal claims. Clients include private and public sector employers, trade unions and individual employees. The team regularly acts in internal disciplinary hearings, Employment Tribunals and the appellate courts. An example of the high-profile and nationwide work undertaken by chambers is Sam Allardyce v The FA, the case concerning the dismissal of the manager of the England football team. A source remarks that "the chambers has the best selection of employment law barristers in the North."

9 St John Street's employment group is comprised of QCs and juniors who are capable of taking instructions on the full range of employment matters on behalf of employees, public and private employers, as well as trade unions. The set is particularly sought after for its experience with TUPE, unfair dismissal and discrimination claims. Its members' frequent activity in employment hearings, tribunals, High Court and appellate courts testifies to their strong, nationwide presence in the market.

THE SET The 9 St John Street employment law team advises on work ranging from unfair dismissal and TUPE cases to industrial relations and restraint of trade, and also offers document drafting and employment law training services. Members are instructed both by individual claimants and unions and also by public and private organisations. In recent months, individuals from this set have been instructed on the case of 120 Police Officers v Devon & Cornwall Police, Nottinghamshire Police, North Wales Police, South Wales Police and West Midlands Police, where claims of age discrimination were successfully brought by officers who were forcibly retired.

Client service: "The clerking is pretty responsive and we can always have a frank discussion about fees, so that everyone knows where they stand." The clerking team is led by senior clerk Tony Morrissey.

“9 St John Street is not just one of the Northern Circuit's leading employment law sets, but is also celebrated for its strong national presence. It acts on demanding and complex cases for individuals, large corporations and trade unions in both the public and private arenas. It is particularly strong in handling unfair dismissals, discrimination and equal opportunities cases.”

Client service: The clerks, led by Tony Morrissey, are praised for being flexible and approachable: “The clerks are so friendly it can feel like they are your colleagues; it is a great relationship. They also always make an effort to be flexible on fees.” 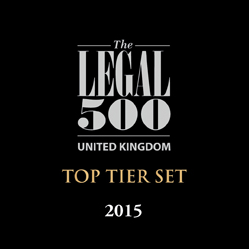 “Seen as being a lot more commercial in their approach to Employment Law than other Northern Circuit sets (they are recognisably good on paper, in conference and on their feet).”
“…a solid market reputation based on over 25 years of employment law specialisation.”

“9 St John Street attracts praise as 'the premier employment set in the North West, both in terms of strength in depth and quality of counsel'. Its 'responsive' team has expertise in all aspects of employment law, including discrimination, restraint of trade, transfer of undertakings and whistleblowing cases. 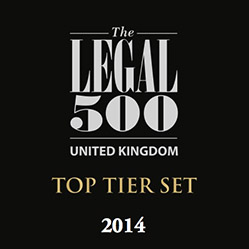 “9 St John Street has a ‘broad range of counsel who can deal with any employment issue that a large employer may find itself faced with'. It has a particularly notable reputation for respondent work, but also represents claimants. Chambers represented a number of local authorities in equal pay claims brought by thousands of female council workers. Other areas of expertise in chambers includes discrimination, unlawful wage deductions, unfair dismissal and whistleblowing disputes."

“The leading employment set on the Northern Circuit, 9 St John Street is instructed on the majority of the region's most prominent employment disputes. Its large group of specialists handle virtually all types of employment issues including wrongful dismissals and discrimination matters.

Client service: "The barristers give really sound counsel. They are ableto easily get to grips with complications and explain matters in a way that is easily understood.” 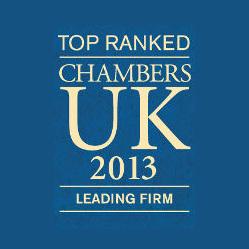 “9 St John Street’s breadth and depth of expertise means that it dominates the employment law landscape on the Northern Circuit. It features a host of luminaries in the employment field, who act at all levels from courts of first instance to the Court of Appeal. Matters are undertaken on both the claimant and respondent side, and discrimination, TUPE, unfair and wrongful dismissal, and trade union disputes all feature within the members' heavy caseloads.” 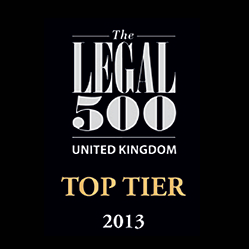 “9 St John Street's breadth and depth of expertise means that it dominates the employment law landscape on the Northern Circuit. It features a host of luminaries in the employment field, who act at all levels from courts of first instance to the Court of Appeal. Matters are undertaken on both the claimant and respondent side, and discrimination, TUPE, unfair and wrongful dismissal, and trade union disputes all feature within the members' heavy caseloads."

“THE SET Offering a host of outstanding individuals, 9 St John Street never fails to impress. It remains "the standout chambers in the North" thanks to its "broad understanding of employment law issues, and its provision of practical legal advice and competitive rates."

“Many London lawyers asserted that this was the best employment set outside the capital bar none. A clear first choice in the North West, it has swept up most of the best barristers in the region and now enjoys a national reputation.”

What the clients say:

"Always the first choice in the North West and very often further afield as well. Easily match the hitting power of all but a small handful of specialist London sets."

“9 St John Street have proved time and time again over many years that they have strength in depth within their Employment Group and that it can consistently respond to requests for help at short notice, but also can be relied on to provide clear and straightforward advice in complex cases. There are several notable juniors as well as Employment Silks within the group”

“I have used 9 St John Street extensively for employment advice. Their accessibility and undoubted expertise in this area is first rate, and they have the unusual skill of making all clients feel valued – whether they are individuals or corporates. I have no doubt that Chambers have helped us develop our team as recognised specialist in the employment field”

“A consistently excellent and prompt service throughout the Employment Team”

“I have absolutely no hesitation in recording my gratitude for the superb service I have always received from Counsel at 9 St John Street, primarily in relation to Employment Law but also with other commercial matters. I have always found that I have received excellent advice. Equally importantly the quality of service from the clerks is of the highest.”

“9 St John Street is by some margin the leading set in the North West for employment law, with a number of outstanding individuals, excellent levels of client support and sensible charging. It is our clear first choice when instructing Counsel on employment matters.”

“Working in an ‘in house’ environment dealing with employment related matters I have instructed various members of the Employment Law Group particularly in relation to litigious matters. At ntl:Telewest we take a number of considerations into account when we take the decision to outsource any work. Key considerations include level of expertise, ability to provide quality advice with a commercial awareness, accessibility and value for money. It is self evident from our continued use of the Employment Law Group at 9 St John Street that they achieve the standards we require.”

“The Employment Law Group at 9 St John Street excels in experience and ability and is our first port of call in the North West.”

“I find 9 St John Street to be incredibly helpful with all of my employment matters. They consistently deliver excellent service and sound practical advice.”

Subscribe to our Employment newsletter and receive regular updates.