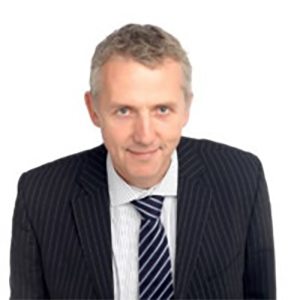 Simon is highly experienced advocate and a specialist in Criminal Law undertaking a full range of prosecution and defence work. He is on the CPS Advocate Panel at Level 4 and also on the CPS Rape and Child Sexual Abuse Panel.

Whilst only called to the bar in 2011, Simon qualified as a solicitor 1997. He then worked as a criminal law defence specialist in London and then Manchester.  Qualifying as a solicitor advocate in 2003, he has practised in the higher criminal courts and has been conducting jury trials for over 15 years. Simon was a partner in the Manchester firm Platt Halpern from 2005 - 2011.

He is regularly instructed by both the defence and prosecution in a wide range of serious and complex criminal offences including rape, historical sexual abuse, murder, fraud and major drug conspiracies.

Simon is meticulous and thorough in his preparation of cases, but also very approachable and puts both professional and lay clients at ease.  He is a highly effective jury advocate with an excellent track record of results from either side of the court. He has dealt with a number of very sensitive cases, often with young and vulnerable witnesses or defendants with mental health issues or other specialist needs.

Whilst mainly appearing in the higher criminal courts Simon also specialises in defending clients for motoring offences in the Magistrates Court.

Simon is registered under the Direct Access Scheme and can take instructions directly from members of the public.

Simon has been an advocacy assessor for the BPP Law School since 2012 and taught advanced criminal litigation at the Manchester Metropolitan University for five years.

Simon also regularly trains detectives in police forces around the country, including for the Greater Manchester, Merseyside, Lancashire, North Wales, Cheshire, Cumbria, Devon and Cornwall, Humberside Police forces. Subjects include police interview techniques/procedure, the role of the defence and prosecution within the criminal justice system, bad character, hearsay, and giving evidence in court.

Simon also has significant regulatory experience, including appearing before the GMC in Fitness to Practice proceedings, and before the Traffic Commissioner in Public Enquiries concerning HGV/PSV licences.

Simon Blakebrough's clerks will happily provide no obligation quotations for all legal services that he provides. Their contact details can be found here. It is most common for Simon Blakebrough to undertake Court and advisory work for a fixed fee or a brief fee plus refresher days. Simon Blakebrough accepts instructions on legal aid rates where those are available, details of which can be found here. Any advisory work is most commonly charged at an hourly rate, although fixed fees are available. Conditional Fee Agreements and Damages Based Agreements will be considered in cases with favourable prospects of success. Simon Blakebrough will typically return paperwork within 10 days, however professional commitments, complexity and volume of documentation can affect these approximate timescales.

"Simon is a brilliant barrister to work with: pro-active, clever, extremely thorough and with a lovely manner in court that gets results. He is also the opposite of stuffy, so clients tend to feel comfortable with him. From a solicitor's point of view he is great because he is very responsive."

"Simon is a lovely barrister to work with and a pleasure to instruct. Clients feel very at ease with him and find him extremely easy to get on with due to his friendly nature. From my experience, he also achieves excellent results in Court. Simon is very helpful when it comes to assisting in preparing cases, to always being on the other side of a telephone/email to discuss any queries I as a Litigator may have. I find him extremely helpful and goes above and beyond to assist when needed."

"Simon is an excellent barrister and is one of my top choices for difficult cases. His case preparation is always proactive and meticulous. His manner puts our clients at ease from the first meeting and we always receive fantastic feedback from our clients who speak very highly of him."

"Extremely conscientious, professional and hardworking, good rapport with clients and had some very good results! Would definitely recommend him to clients and other professionals."