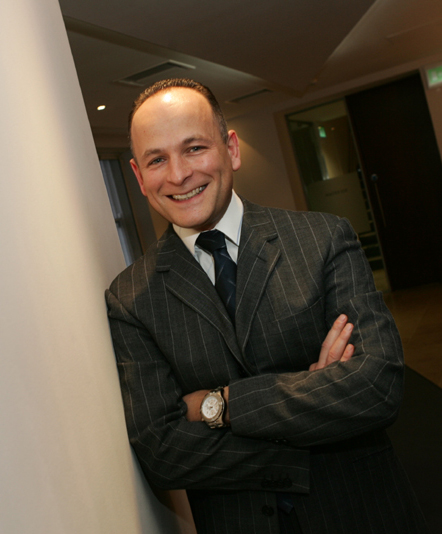 PROFILE
Carlo Breen is one of the premier employment barristers in the North West. Lauded by Legal Directories for his intellectual and technical abilities, clients have praised Carlo for his "excellent advocacy" and his "meticulous grasp of complex cases". Over many years Legal Directories, clients and Solicitors have recognised Carlo's superb "skill in cross-examination" and his bright and commercial "attitude" as well as his strong reputation as a "formidable cross-examiner". In addition he has been recognised for his ability to assimilate large quantities of information and masterfully and tactically execute a case management strategy. Carlo achieves success through his interaction with clients and his excellent advocacy skills. He is known to be thoroughly prepared and to tenaciously execute his advocacy.

Carlo has a wide experience of Tribunal work including unfair dismissal and breach of contract applications, group redundancy applications and transfers of undertakings. He has conducted many high profile 'whistle blowing', disability, race, sex and maternity rights cases. He regularly appears in the Employment Tribunal, the Employment Appeal Tribunal and the High Court. He has been regularly instructed by:

Carlo works tirelessly for his clients. He brings a commercial and strategic perspective to case management. He prides himself on being a robust advocate.

Carlo Breen has been the only "Junior" Counsel in the North West to be instructed by Councils and Local Authorities in multi-party equal pay litigation. To this extent, he has advised Councils and Local Authorities on the implementation of single status, the implementation of job evaluation schemes and all aspects of equal pay and discrimination law. He has conducted several genuine material factor defence hearings and equal value hearings which have involved several thousand Claimants. He has also been instructed by the Government, to advise on various cross-border equal pay issues involving Scotland, England and Northern Ireland. In addition, he has advised and/or represented:

In relation to equal value, Carlo has advised multiple local authorities and private employers on the subject, has conducted multiple hearings, and carried out internal audits to ascertain the robustness of the internal pay structures. He has been fully engaged in these issues for several years, and by reason of his experience in equal pay litigation, this makes him the barrister of choice for respondents.

In addition, Carlo Breen represented Knowsley Borough Council in the first litigated case of its kind in the United Kingdom, whereby it was alleged that the Local Authority White Book Job Evaluation in 1987 could be displaced and as such was not a valid job evaluation study by reason of changes that had taken place since 1987 to the jobs of various Claimants and comparators within an equal pay context. Carlo Breen was successful in persuading the Employment Tribunal that the White Book Job Evaluation could indeed be displaced resulting in the strike-out of a multitude of claims brought by various Claimants against the Council. This was a landmark decision.
Furthermore, Carlo Breen is retained by a multinational company to advise them in all aspects of employment law. He has undertaken a variety of high profile sex, race and disability discrimination cases for and against various Constabularies and NHS Trusts.

Carlo Breen is generally regarded as the Leading Junior in the North West on complex issues involving the Transfer of Undertakings Regulations. He has been instructed by various PLC's on these issues and also various multi-national companies, Trusts and Airport Authorities. He assisted in developing the law in the definition of what constitutes 'an economic entity' prior to the implementation of the 2006 Regulations and is retained by a well-known Bank to advise upon the implications of the Regulations in terms of redundancy and transfer in relation to several thousand employees.

He is approved by the Commission for Racial Equality and the Equal Opportunities Commission to act in discrimination cases. In addition he acted for numerous applicants in the Armed Forces pregnancy dismissal litigation, conducted by the Employment Tribunals across the United Kingdom in 1994 and 1995.

Carlo Breen is a frequent speaker on employment law and has lectured in discrimination law at Manchester University as part of its post-graduate programme. He is committed to providing the best possible service for his clients whilst still maintaining a personal and professional approach.

Carlo has extensive experience in collective redundancies, unlawful deduction of wages claims, employee status claims, and whistle blowing litigation. He regularly appears on behalf of various NHS Trusts, various well known supermarket chains, and various Local Authorities in such cases. He has recently successfully represented a college in a whistle blowing claim valued at in excess of £700,000.

Carlo has particular expertise in age and disability discrimination claims. He has recently represented the CEO of a large, multinational company in a landmark age discrimination claim, and was successful in securing the Claimant substantial damages.

In the area of discrimination generally he is a specialist in all forms of discrimination, and has been involved in a wide variety of discrimination claims throughout the UK. He is adept at dealing pragmatically with the wider commercial concerns and sensitivities that these can create. He has acted for a number of NHS Trusts in high value discrimination claims and also a large proportion of Universities. He has recently been described by the HR Director of one of his University clients as "a robust and aggressive litigator, the go to barrister in Manchester".

Carlo is currently instructed in:
A genuine material factor defence equal pay hearing on behalf of a Local Authority, listed for 6 weeks, involving several thousand Claimants with a value in excess of £57 million.

A 15 day hearing on behalf of a housing association where claims are made by various individuals in relation to the correctness of the organisation and where those individuals have been dismissed.

A 5 day preliminary hearing to determine the employment status of various agency workers.

A multi-day sexual harassment claim involving complex and serious allegations against the CEO of a large international company.

Carlo also chairs and conducts internal investigations as far as disciplinary matters are concerned and has recently conducted a detailed investigation into widespread harassment within the workplace.

Mr Carlo Breen is a practising barrister, who is regulated by the Bar Standards Board. Details of information held by the BSB about Carlo Breen can be found here.

Carlo Breen’s clerks will happily provide no obligation quotations for all legal services that he provides. Their contact details can be found here. It is most common for Carlo Breen to undertake Court or Tribunal services for a fixed fee or a brief fee plus refresher days. Advisory work, paperwork and conferences are most commonly charged at an hourly rate, although fixed fees are available. Carlo Breen will typically return paperwork within 7 days, however professional commitments, complexity and volume of documentation can affect these approximate timescales.

Employment – ranked Tier 1
“He has encyclopaedic knowledge of employment law”

'A powerful and persuasive advocate.'

‘A very experienced, excellent team player and devastating in cross-examination.'

"Offers straightforward advice in what can be complex and lengthy litigation"

"He is excellent with clients and provides straightforward advice."

"very knowledgeable in the complicated area of equal pay"

“A very knowledgeable counsel in the complicated area of equal pay.”

“Carlo Breen has ‘a very constructive approach – he’s someone who pinpoints the relevant issues quickly’.”

“Carlo Breen is admired for his ‘quick thinking and easy manner’ which relaxes and reassures clients, witnesses and solicitors alike.”

“Carlo Breen has an impressive reputation thanks to his knowledge of TUPE, outsourcing and discrimination. Used to carrying out long, complex work.”

“Carlo Breen has a wide practice which has involved a good deal of equal pay and discrimination work.”